Does Time on Mobile Device Support a Claim for Unpaid Overtime? 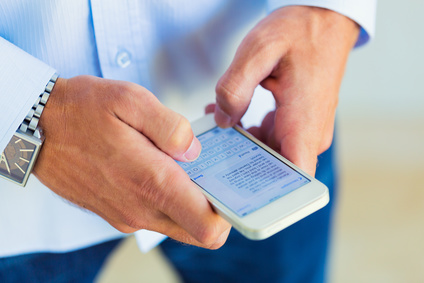 You have employees who are doing work after hours on their mobile devices. Although you have a procedure for submission of any overtime worked, these employees do not report these hours as time worked. Can they bring a claim against you for unpaid overtime under the FLSA, arguing that you should have known they were working after hours on these devices?

Not if the employer should not have known that the employees were performing this work and not getting paid, according to the Seventh Circuit.  Allen, et al. v. City of Chicago, Case No. 16-1029 (August 3, 2017).

This case involved a collective action filed by former and current employees of the Chicago Police Department’s Bureau of Organized Crime who were responsible for conducting investigations into gangs, narcotics trafficking and human trafficking.  These officers had scheduled shifts, but the nature of their work meant that they sometimes worked during off-duty hours.  The police department gave them Blackberries which were sometimes used in this off-duty work.  The police department had a process by which officers were to be paid for overtime—basically by submitting time due slips to their supervisors for approval and then submission to payroll.  These time slips only provided limited information and did not specify how the work was being performed.  The employees who brought this lawsuit all routinely utilized this process for other forms of overtime work. But many of them did not submit slips for off-duty work performed on their mobile devices.  The question before the court was whether these employees were prevented or discouraged from submitting slips for this time because of some sort of unwritten policy and thus had a valid claim under the FLSA for unpaid overtime.

The court ended up concluding even though supervisors knew that plaintiffs sometimes did work on their mobile devices in their off hours, they did not know or have reason to know that these employees were not submitting slips for this time and thus not being paid overtime.  The employees were not using the established process to claim any of this overtime-nor complaining that they were not getting paid for it.  An employer is only required to show reasonable diligence, which would not require supervisors to investigate further whether the overtime reported by the officers included time spent on their mobile devices.

This case is helpful for employers who have clear policies in place for allowing submission of overtime hours. However, employers must still be aware that if there is any knowledge within the company that that any work is being done after hours, even if the company has expressly prohibited the employee from doing overtime work, they will still be on the hook.