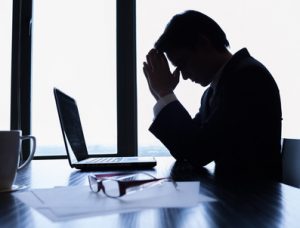 Can You Stop an Employee from Signing Emails “In Christ”?

The Situation: An employee for a state agency adds the phrase “In Christ” to his email signature.  The state agency tells him to stop and he eventually loses his job based on his refusal to stop using this phrase in his email valediction.  Can the employee bring a claim of religious discrimination?…

Can You Require Employees to Get a Flu Shot?

The Situation: An employer has a policy requiring all new employees to get a flu shot. After a job offer is extended to a certain applicant, she tells the employer that she has a religious objection to getting a flu shot.  If the employer revokes the job offer, is this discrimination?…

How Far Do You Have to Go to Accommodate a Religious Belief?

The Situation: An employee who is normally scheduled to work one Saturday a month tells you that he cannot do so because he is a Seventh Day Adventist (and thus celebrates Sabbath on Saturdays). You tell him he is free to use leave for any Saturdays on which he would otherwise have to work, but that when he runs out, he’ll have to find someone with whom he can swap shifts.  Is this discrimination?…

What if You Don’t Agree with a Religious Objection?

The Situation: You decide to implement a new time tracking system which involves the use of biometric hand scanners by employees to scan their right hands to clock in or out for a shift.  One of your long time employees claims that he cannot use this kind of hand scanner because its use would conflict with his religious beliefs. Can you require him to use it anyway?…

Back in March, I posted about the case before the United States Supreme Court involving a girl who claimed that she was discriminated against because of her religion when Abercrombie & Fitch didn’t hire her because of her headscarf. The Tenth Circuit had found that because the plaintiff did not inform Abercrombie before its hiring decision that her practice of wearing a headscarf was based on her religious beliefs and that she would thus need an accommodation. On Monday, the Supreme Court reversed that decision, holding that to prevail in an disparate treatment claim under Title VII, an applicant must only show that her need for an accommodation was a motivating factor in the employer’s decision, and not that the employer actually knew of her need. EEOC v. Abercrombie & Fitch, Inc., 575 U.S. ___ (2015).…

The United States Supreme Court heard argument this past week on this very issue in the case of EEOC v. Abercrombie & Fitch Stores, Inc., a case appealed from the Tenth Circuit Court of Appeals. Samantha Elauf was a teenager in Tulsa, Oklahoma who applied to work at an Abercrombie & Fitch store in 2008. Elauf, a Muslim, wore her headscarf (“hijab”) to the interview. Abercrombie has a “not hats” policy for sales associates and thus did not hire Elauf. Of course, Title VII prohibits denying employment based on a religious practice, unless accommodating the practice would impose a substantial burden. The EEOC brought a lawsuit on Elauf’s behalf and won in federal district court, but then the Tenth Circuit reversed the decision, agreeing with Abercrombie’s argument that it was not required to give Elauf a religious accommodation because she had not specifically asked for one (basically never told Abercrombie that she wore her hijab for religious reasons).…

Last week, the EEOC issued two new technical assistance publications related to workplace rights and responsibilities regarding religious dress and grooming under Title VII. The two publications issued by the EEOC are a question and answer guide, titled “Religious Garb in the Workplace: Rights and Responsibilities” and a fact sheet to accompany this publication (found at http://www.eeoc.gov/eeoc/publications/qa_religious_garb_grooming.cfm). According to the EEOC press release regarding these publications, religious discrimination charges have been steadily increasing and the EEOC received 3721 charges asserting religious discrimination in fiscal year 2013.…