How Far Do You Have to Go to Accommodate a Religious Belief? 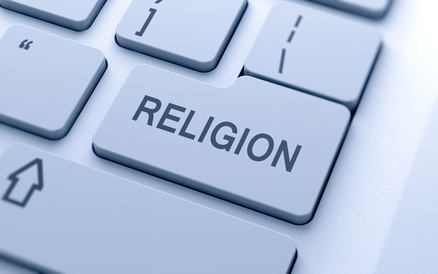 An employee who is normally scheduled to work one Saturday a month tells you that he cannot do so because he is a Seventh Day Adventist (and thus celebrates Sabbath on Saturdays). You tell him he is free to use leave for any Saturdays on which he would otherwise have to work, but that when he runs out, he’ll have to find someone with whom he can swap shifts.  Is this discrimination?

Maybe.  The Tenth Circuit recently reversed a district court’s decision in favor of the employer in a case involving this type of claim. Tabura v. Kellogg USA, Case No. 16-4135 (10th Cir. January 17, 2018).

Richard Tabura and Guadalupe Diaz were Seventh Day Adventists who worked for a Kellogg USA food production plant, one assigned to measuring spices and one who was responsible for bagging vegetarian burgers and conducting quality control.  When they started working at the plant, they worked ten hours a day Monday through Thursday. But then Kellogg changed the shift schedule in 2011, implementing a “continuous crewing” model, in which all employees had to work every other Saturday.

Tabura and Diaz both told Kellogg that they could not work on Saturdays because it was their Sabbath.  Kellogg’s response was to allow them to use paid vacation and sick or personal leave to take off Saturdays and allowing them to swap shifts with other employees.  But it wasn’t so easy to swap shifts with other employees (and they sometimes had to use vacation and personal leave for other purposes). Ultimately, when they were each unable to get certain shifts covered, they were assessed disciplinary points under Kellogg’s policy related to absences and eventually accrued so many points that they were fired.

Tabura and Diaz argued that they were entitled to an accommodation which would completely eliminate the conflict between the employee’s religious practice and the work requirements. But the Tenth Circuit explained that an employer only has to reasonably accommodate an employee’s religion and this is a fact-specific inquiry.  Here, there was a dispute between the employer and employees about whether the accommodation offered to the employees—the combination of taking paid time off and shift swapping—was reasonable.  This was an issue a jury would have to decide. The Tenth Circuit further disagreed that Kellogg had shown as a matter of law that any additional accommodation of the religious beliefs of Tabura and Diaz would be an undue hardship on Kellogg.  Instead, this was also a fact specific question that would also have to be decided by the jury.

Employers always need to keep in mind that when assessing a request for accommodation of a religious belief, they need to be sure that they are not blindly applying general policies, but really considering the specific factual circumstances.  Just because a request is inconsistent with a general requirement of all workers does not mean it actually imposes an undue hardship.