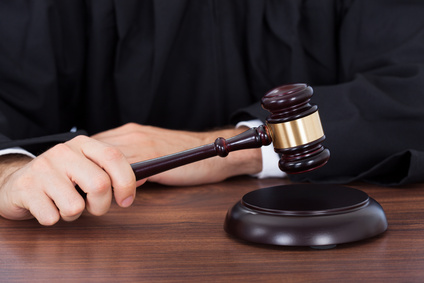 One of the unique features of a FLSA action is that any settlement must be approved by the court. At times, this can prove challenging for parties who must not only figure out how to satisfy one another, but how to make sure the court can also get on board with the settlement. In a case recently decided in the Western District of Missouri, the district court refused to approve a FLSA collective action settlement between a group of loan officers and a bank. Branson, et al. v. Pulaski Bank, No. 4:12-CV-01444 (D. Mo. Jan. 12, 2015).

Branson involved a group of loan officers who alleged that Pulaski Bank had violated the FLSA when it failed to properly pay them minimum wage and overtime. However, prior to the assertion of these claims, Pulaski Bank had filed a claim against a competitor, First State Bank, and nineteen former employees in state court. Pulaski Bank asserted that these defendants conspired to divert loans, customers and loan opportunities and that the former employees engaged in tortious interference with Pulaski’s business relationships and contracts, breached their duties of loyalty, tampered with Pulaski’s computers and engaged in unfair competition and civil conspiracy.

About a month after this state court action was filed by Pulaski, Branson filed a collective action for unpaid wages on behalf of himself and others similarly situated and the plaintiffs seeking settlement in this case all opted to join. Before any discovery occurred, the parties reached a settlement—namely, Pulaski Bank agreed to release all claims against the defendants in the state court action and First State Bank (on behalf of itself and the former employees) agreed to pay the mediator’s fee from a prior unsuccessful mediation, and $475,000 and the former employees agreed to release all claims against Pulaski, including the FLSA claims. Of course, in order for the settlement to occur, the court had to approve it.

As to the first factor, the court found that the record did not demonstrate that a bona fide wage and hour disputes existed because the parties had not even provided the court with information about the dispute itself. Additionally, the settlement was not fair and equitable. First, the court explained, it could not even determine if the settlement provided fair value for the settlement because it did not know the approximate value of the FLSA claims or the value of the dismissal of Pulaski’s claims against the settling plaintiffs in the state court litigation. Secondly, the court could not determine that the settlement was fair and equitable because the parties were settling the matter before conducting any discovery, “indicat[ing] that the Settling Plaintiffs are not waiving their FLSA claims with knowledge of their relative merits, a fact which weighs against approval.’” Id., p. 9. Additionally, the court explained, this settlement was not negotiated in the context of a suit brought by employees under the FLSA, but instead, actually in the context of an unrelated lawsuit where it appeared that Pulaski Bank had considerably more bargaining power. Thus, the settlement “appears to have been the product of a great inequality in the parties’ respective bargaining power, an inequality that appears to have no relationship to the merits of their FLSA claims,” and this situation in which an employer enjoys greater bargaining power weighs against approval. Id., p. 11. Finally, the court explained, the settlement was not fair and equitable because it did not consider the relative strengths of each of the settling plaintiffs. No matter what the value of each plaintiff’s claim, he or she received the same benefit—the dismissal of the state court action against him or her.

Moreover, concluded the court, this settlement could not be approved because it did not provide for attorneys’ fees. Id., p. 12. As the court explained, the settling plaintiffs were receiving some benefits and thus were prevailing parties and entitled to attorneys’ fees. “[T]he Settlement’s failure to provide an award of attorneys’ fees and costs reinforces the Court’s concern that the Settlement is not ‘a reasonable compromise of disputed issues,’ but a product of Pulaski’s overreaching in the state court litigation.” Id., p. 13.

One important lesson here is not to think that a court will approve a settlement just because the parties all state that it is fair, particularly when the parties have failed to provide the court with the information it needs to assess the settlement. Although under the circumstances, the court may have been reluctant to have approved the settlement regardless, the parties did not do themselves any favors by failing to give any information to the court, such as an explanation as to the basis for the claims and the values of the claims. Moreover, parties must be careful when using employees’ FLSA claims as negotiating tools in other litigation.