Can Medical Marijuana User be Fired for Positive Drug Test? 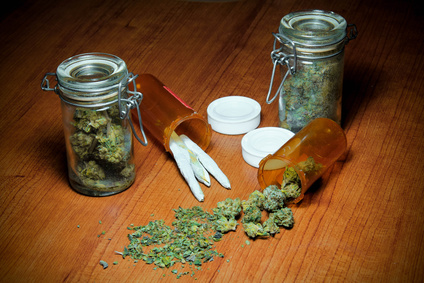 As part of your post-hiring process, you make new employees undergo a drug test. One such employee tests positive for marijuana—but explains that he is using marijuana medicinally at the recommendation of his doctor. Your policy states that you will terminate any new employee who does not provide a clean drug screen. Can you terminate him?

A federal court in New Mexico recently concluded that an employer could terminate an employee under these circumstances without violating the New Mexico Human Rights Act. Garcia v. Tractor Supply Co., No. CV 15-00735 (D.N.M. January 7, 2016). Rojerio Garcia applied for a management position with Tractor Supply Company. Garcia suffered from HIV/AIDS and his recommended treatment included the use of medical marijuana. Garcia ended up applying for and being accepted into the New Mexico Medical Cannibis Program (an agency of the state department of health authorized by what is known as the Compassionate Use Act). Garcia told Tractor Supply about his diagnosis and participation in the Medical Cannibis Program during his first interview. Garcia was hired for the job—but then failed his post-hire drug test. Tractor Supply fired him based on this positive drug test.

Garcia complained to the New Mexico Human Rights Division of unlawful discrimination and ultimately filed a lawsuit, claiming that he was terminated based on his serious medical condition and his doctors’ recommendation to use medical marijuana.

The gist of Garcia’s claim was that medical marijuana is an accommodation that must be provided by employers under the New Mexico Human Rights Act (because the Compassionate Use Act makes medical marijuana an accommodation promoted by the public policy of New Mexico). The federal court dismissed Garcia’s claim. The court pointed out that some states (Connecticut and Delaware) have specifically required by statute that employers accommodate medical marijuana cardholders—but New Mexico has not taken this step. Here, Garcia was not fired because of or on the basis of his serious medical condition—his use of and testing positive for marijuana “is not a manifestation of HIV/AIDS.” Basically, testing positive for a drug was not conduct resulting from Garcia’s condition.
One of Garcia’s arguments was that New Mexico state courts had found medical marijuana to be compensable under state workers compensation laws. However, as the court explained, there is “a fundamental difference between requiring compensation for medical treatment and affirmatively requiring an employer to accommodate an employee’s use of a drug that is still illegal under federal law.” Similarly, just because state medical marijuana laws provide some immunity to the federal law does not mean that the state can force employers to accommodate what federal law prohibits.

While this case was analyzed under the New Mexico Human Rights Act, to the extent that medical marijuana use has been authorized in any state, the same type of issues may arise. If employers have a policy prohibiting the use of illegal drugs and apply that policy uniformly, even when medical marijuana use is involved, they may be able to avoid liability for the type of discrimination claim raised by Garcia. At the same time, employers should be aware of the laws of each of the states in which they have employees and to the extent there is a requirement of employer accommodation, be aware of the requirement and develop a process for insuring compliance with it.