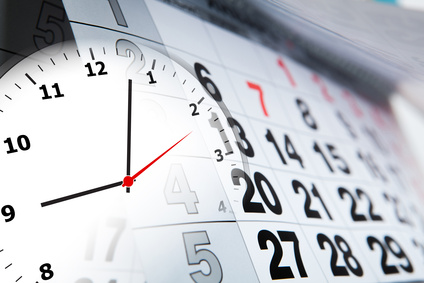 The United States Court of Appeals for the D.C. Circuit recently reversed the decision of the district court in the case of Solomon v. Vilsack, No. 12-5123 (D.C. Cir. August 15, 2014), a case involving an employee’s request to have significant flexibility in the her working hours as a reasonable accommodation for her disability. The district court had granted summary judgment to the employer, the Department of Agriculture, on the grounds that a “maxiflex work schedule” such as that sought by the plaintiff was an unreasonable accommodation request as a matter of law. The Court of Appeals disagreed, stating that “[n]othing in the Rehabilitation Act establishes, as a matter of law, that a maxiflex work schedule is unreasonable” and leaving for remand the factual question of whether this request would have been reasonable on this case.

Linda Solomon began working for the Department of Agriculture in 1997 as a budget analyst. Solomon had suffered from depression since the 1980s. When her condition intensified in 2003 and early 2004, Solomon began receiving psychiatric treatment. Solomon had a difficult time maintaining her normal work schedule because of her condition. Despite these difficulties, Solomon continued to perform her job effectively and all of her assignments—using leave hours for the hours missed during the regular working day, yet working additional hours without pay. During this time, Solomon never missed any deadlines or received any complaints about her performance.

In March of 2004, Solomon emailed her supervisor, apologizing for her erratic leave and advising that she was under a doctor’s care for a relapse of her chronic depression. Her supervisor responded that if her condition necessitated special accommodations and could impact her normal duty schedule, she should provide medical documentation. Shortly thereafter, Solomon provided a letter from her doctor, stating that she suffered from chronic depression, anxiety and insomnia and requesting a flexible work schedule to assist with her medical treatment. In April 2004, management rejected Solomon’s request for a flexible work schedule as an accommodation for her disability. Solomon was asked to submit further medical documentation within ten days to demonstrate the existence of her medical condition and the necessity for the requested changes in duty location and hours of duty. Although she was unable to get her psychiatrist to give any additional information in this ten day period, Solomon maintains that management already was aware of her disabling condition (and the Department of Agriculture did not dispute this on appeal).

Some days later, although not feeling well, Solomon came into work because she needed to finish a project. Because she was not feeling well, she was late, although she planned to stay late. At the direction of the Human Resources Chief, the person acting as Solomon’s supervisor on that date refused to allow her to work past 6:00 p.m. Solomon wrote management to ask why she had been prohibited from working late and noting that she had been allowed to do so for months. She was told that she would be considered absent without leave until she provided medical documentation of her incapacitation and that she was forbidden to work after 6:00 p.m. without approval. Solomon’s physician updated management on Solomon’s condition, first stating that she was unable to attend work and then stating that she could return to work as of a date certain if she was afforded appropriate accommodations. In the meantime, Solomon requested such accommodations, asking for permission to telecommute on a part time schedule. This request was denied. Ultimately, Solomon applied for permanent disability retirement based on her view that it was the only option available to her.

After exhausting her administrative remedies, Solomon filed suit. One of the claims asserted by Solomon was failure to provide accommodations in violation of the Rehabilitation Act.

After remand following summary judgment on other grounds that were reversed, the district court granted the Secretary of Agriculture’s motion for summary judgment as to the claim of failure to accommodate in violation of the Rehabilitation Act. The district court held that the flexible work schedule requested by Solomon was unreasonable as a matter of law and that Solomon was not a qualified individual with a disability because she needed this unreasonable accommodation to perform her job.

As the Court of Appeals explained, the question before it as to this claim was whether a jury could reasonably find that the “maxiflex schedule” that was requested by Solomon could be a reasonable accommodation under the Rehabilitation Act for her position as a budget analyst. Solomon, p. 12. “Determining whether a particular type of accommodation is reasonable is commonly a contextual and fact-specific inquiry.” Id. (citing Taylor v. Rice, 451 F.3d 898, 908 (D.C. Cir. 2006)). “That is because the contours and demands of an employment position and the capacities of a workplace can vary materially from employer to employer.” Id., pp. 12-13. Because of this, stated the Court of Appeals, “it is rare that any particular type of accommodation will be categorically unreasonable as a matter of law.” Id., p. 13.

Solomon had made a request for an accommodation which would allow her to come to work late on certain days and leave early on others, depending on her condition, as long as her work was completed properly and in a timely and secure manner. The Secretary of Agriculture argued that the ability to work a regular and predictable schedule is an essential element of any job as a matter of law. However, the Court of Appeals disagreed, explaining that “nothing in the Rehabilitation Act takes such a [flexible] schedule off the table as a matter of law.” Id., p. 14. In fact, other circuits have stated that a factual analysis is necessary to determine if a “rigid on-site schedule” is an essential function of a position. Id.

Furthermore, pointed out the Court of Appeals, other federal government entities, including the Office of Personnel Management, have identified “maxiflex” schedules as potential options for qualifying federal employment positions. Id., p. 15.

Additionally, Solomon had demonstrated that she was able to meet every deadline during the time period in which she was informally working a flexible work schedule. The district court had improperly dismissed this evidence on the grounds that it might have just been good luck. Id., p. 17. In fact, Solomon had met her burden at the summary judgment stage of coming forward with sufficient evidence so that a reasonable jury could find in her favor as to her failure to accommodate claim. Id., p. 18.

This case is in keeping with the concept in claims involving failure to accommodate, both under the Rehabilitation Act and the ADA, that there are no hard and fast rules for what is reasonable. The employer must consider the actual circumstances of the position at issue and not be too quick to reject a request on the grounds that it is simply generally unreasonable.