Just What is a “Suitable Space” for a Nursing Mother? 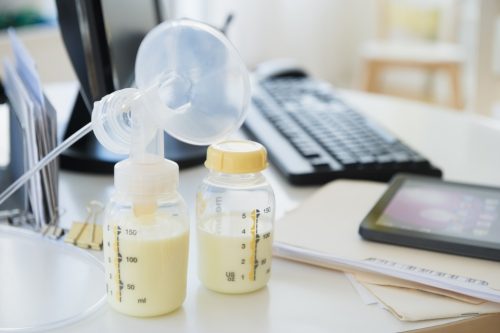 An employee returns to work after having a child and requests that she be provided with a place to express breastmilk.  The law mandates that employers provide employees with suitable space and time for nursing—but what exactly does this mean?

A federal court in Arizona recently addressed this issue and found that some of an employee’s claims based on her employer’s failure to provide adequate nursing space could go forward.  Clark v. City of Tucson, Case No. CV14-02543 (April 25, 2018).

Carrie Clark was employed by the Tucson Fire Department. According to her complaint, when she returned to work after the birth of her first child, the fire department did not provide her with appropriate places to pump breastmilk in all of the stations in which she had to work.  The fire department did not have any policy regarding expressing milk and at some of the stations, there was no lock on the door in which she was expected to pump. She claimed she had to use sick leave to avoid working at those stations in which there was no suitable space.

Although the court did not necessarily agree that the doors had to all have locks on them, the court did agree that Clark could proceed with her claim against the City of Tucson under the Fair Labor Standards Act (“FLSA”).  Under §207(r) of the FLSA, as amended by the Patient Protection and Affordable Care Act, employers are required to provide a suitable space and time for nursing for a period of one year subsequent to the birth of a child. 29 U.S.C. § 207(r)(1).  The court pointed out that the DOL’s Reasonable Break Time for Nursing Mothers (75 Fed. Reg. 80073-01) states that “the employer must ensure the employee’s privacy through means such as signs that designate when the space is in use, or a lock on the door.

The regulation gives further guidance as to what is suitable, including that the employer does not have to have a permanent, dedicated space for nursing mothers, that a lounge area connected to a bathroom can be sufficient as long as there is a wall separating the lounge area and the space is shielded from view, and that employers can even provide a large room with privacy screens so the room could be used by multiple nursing employees at once.  The court concluded that whether a station could have been compliant just by putting a hand-written note on the door or paper over the window is unclear. But given the facts before it, the court concluded that Clark could go forward on this claim.

The court also found that Clark’s retaliation claim could go forward.  Clark claimed that when she was assigned to a different station than requested some time after filing her EEOC charge, the assistant chief told her “well, that’s what happens when you file a complaint with EEOC.”  The fire department disputed the context and meaning of this comment, but the court found that this was enough to support a retaliation claim.

Employers must be aware of their obligations to provide nursing mothers with appropriate areas in which to express milk. Depending on the workspace, this can be challenging for some employers.  Simply telling a nursing mother to express milk in the bathroom won’t cut it.