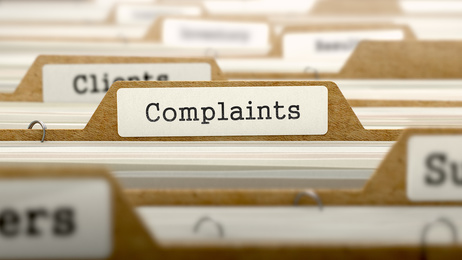 Back in 2011, the Supreme Court ruled that an oral complaint can serve as the grounds for a retaliation claim under the FLSA. See Kasten v. Saint-Gobain Performance Plastics Corp., 131 S. Ct. 1325 (2011). But in Kasten, the oral complaint was made to a government agency and so the question still remained—what about an oral complaint to a supervisor? In a recent decision, the Second Circuit Court of Appeals joined other circuits (including the Fourth Circuit) and decided that yes, even an oral complaint to a supervisor can provide the foundation for a retaliation claim under the FLSA—as long as it is sufficiently clear and detailed for a reasonable employer to understand it as an assertion of rights protected by the statute and a call for their protection. Greathouse v. JHS Security Inc., No. 12-4521 (April 20, 2015).

In this case, the plaintiff worked for JHS Security as a security guard. When he complained to his boss about some paychecks he had not received, his boss responded that he would pay him when he felt like it and pointed a gun at him. The plaintiff took that to mean his employment had ended and filed a lawsuit two weeks later. The defendant never filed any answer in the case and so the district court entered default judgment, but when the plaintiff appeared before the court to address damages, the court concluded that he was not entitled to an award of damages based on his retaliation claim because he had not complained to a government agency or other prosecutorial authority. This decision was based on a prior decision (Lambert v. Genesee Hospital, 10 F.3d 46 (2d Cir. 1993), in which the court had held that in order to support an FLSA retaliation claim, a complaint had to be formally filed.

The Court of Appeals reversed this decision, finding that in light of the Supreme Court’s decision in Kasten, Lambert was overruled to the extent it required an employee to have filed a complaint with a government agency. Instead, the court found, the FLSA “prohibits retaliation against employees who orally complain to their employers, so long as their complaint is ‘sufficiently clear and detailed for a reasonable employer to understand it, in light of both content and context, as an assertion of rights protected by the statute and a call for their protection.’” Greathouse, p. 30 (quoting Kasten, 131 S. Ct. at 1335).