Do You Need to Pay Your Interns? 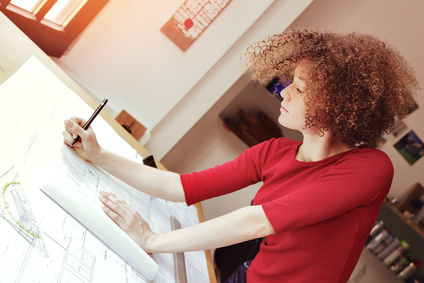 the situation
Your company allows students to work during the summers as interns.  Do they have to be paid?
the ruling
The Department of Labor (DOL) has just announced that it will use a new test to determine whether or not interns are employees of for-profit companies under the FLSA.  The DOL will now use the “primary beneficiary” test to make this decision instead of the six factor test used previously.
In December of 2017, the Ninth Circuit Court of Appeals became the fourth federal appellate court to reject the DOL’s six part test issued as informal guidance in 2010 and adopt the primary beneficiary test initially set forth by the Second Circuit Court of Appeals in Glatt v. Fox Searchlight Pictures, Inc., 811 F.3d 528 (2d Cir. 2015).  Benjamin v. Education Inc., Case No. 15-17147 (9th Cir. December 19, 2017).
Under the DOL’s six part test, an intern was considered an employee unless all of these factors were met: (1) the internship, even though it includes actual operation of the facilities of the employer, is similar to training which would be given in an educational environment; (2) the internship experience is for the benefit of the intern; (3) the intern does not displace regular employees, but works under close supervisor of existing staff; (4) the employer that provides the training derives no immediate advantage from the activities of the intern and on occasion its operations may actually be impeded; (5) the intern is not necessarily entitled to a job at the conclusion of the internship; and (6) the employer and intern understand that the intern is not entitled to wages for the time spent in the internship.
The court in Glatt determined that the DOL’s six part test was simply too rigid and was not a good measure of whether interns should actually be considered employees. Instead, the primary beneficiary test should be used.  Under this test, the following factors should be considered in deciding whether an intern should actually be considered an employee:

The Second Circuit explained that it chose this test due to three important components—the fact that it focuses on what the intern receives in exchange for his or her work, the fact that it allows courts flexibility in looking at the economic reality between the intern and the employer, and the fact that it acknowledges the distinction between an intern-employer relationship in which the intern anticipates receiving educational or vocational benefits and the employee-employer relationship in which the employee does not expect to receive such benefits.
the point
Of course, a less rigid test that allows for more flexibility also means less certainty for employers in deciding how to classify workers.  And employers must remember that what the parties think the arrangement should be is not dispositive—it is just one of the factors.   Employers should treat each such determination as a fact-specific inquiry and would be well served by seeking legal guidance in applying the primary beneficiary test.