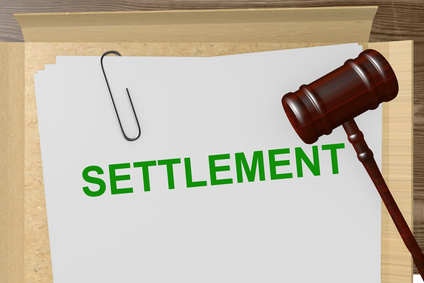 A group of employees brings a FLSA collective action against an employer, claiming they were misclassified as exempt and denied overtime pay over a number of years.  After many years of litigation, the employer is able to reach a resolution, agreeing to pay the plaintiffs millions.  Of course, the lawyers who represented the group of plaintiffs are proud of their victory. Can the employer make it a condition of settlement that the law firm can’t post about the victory on social media?

A federal court in New York refused to approve such a provision in a settlement agreement.  Jacob, et al v. Duane Reade, Inc., et al., Case No. 11-CV-160 (S.D.N. Y. May 5, 2017). The case involved a collective action brought by a group of assistant store managers employed by Duane Reade under the FLSA and the New York Labor Law.  The assistant stores managers sought unpaid overtime, liquidated damages, interest, and attorneys’ fees and costs.  After litigating the case for five years, the parties were able to reach a settlement agreement.  The settlement agreement contained a number of terms—including Duane Reade’s commitment to pay up to $13.5 million, which would include any claim for attorneys’ fees and costs approved by court.  The settlement agreement provided for a claims procedure process and allocation formula to determine all members of the class who may be entitled to a portion of these damages and how much each would receive.

The settlement agreement also contained a provision stating that if approved by the court, the attorneys for the class would agree to remove all existing web pages or entries on web pages or social media that invite members of the class to participate in the litigation and will limit references to this settlement on their website or in any social media format to the name of the case and the fact that there was a class wide settlement.

When the settlement agreement was presented to the court for approval (as required in FLSA cases), the court refused to approve this provision.  The court found that this provision “runs counter” to the long standing principle that confidential provisions in FLSA settlement agreements are contrary to public policy because it inhibits one of the primary goals of the FLSA, to make sure workers are aware of their rights.

The FLSA’s requirement of judicial approval of any settlement is often a challenge for employers because it makes quick and simple settlement agreements more difficult and takes some of the control away from the parties.  After all, here, the settlement agreement is publicly available through the court docket and the employer was just seeking to avoid more publicity of the settlement through the plaintiffs’ attorneys’ social media platforms.  As this case demonstrates, courts may be unlikely to look favorably upon any sort of indication that there is an effort to keep any aspect of the settlement confidential, even where the parties agree on such a provision.