Routine Deletion of Video Records Could Cost You 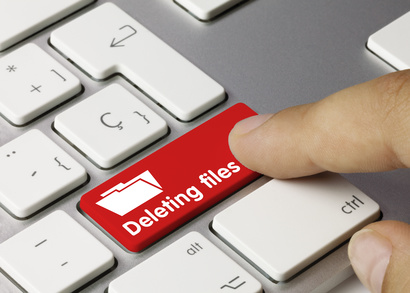 One of your employees gets into a physical altercation with a supervisor.  The employee and the supervisor point the finger at each other, each claiming the other started it.  Fortunately, you have video footage of the incident from surveillance cameras in the relevant area.  You review the footage and decide the employee is to blame. You fire the employee.  The employee then claims he was discriminated against because of his race when you fired him and not his supervisor. The problem is that the video was deleted as part of your routine information purging protocol.  Could this mean trouble?

Potentially yes—or at least it could prevent you from convincing the judge to dismiss the case without a trial.  See Meade v. Turman Group Tye River, LLC, Case No. 6:15-cv-00042 (W.D. Va. April 5, 2016).  Additionally, if there is any indication that the destruction of the video was willful, that could mean that there will be an adverse inference against you at trial (meaning that the jury can infer that the evidence would have been damaging to you).

Marvin Meade was employed with Turman as a loader operator.  Meade and his supervisor Brandon Graves got into a physical altercation.   Meade claimed that Graves charged at him and he was only defending himself.  Graves , of course, said Meade instigated it.   The manager ended up firing only Meade.   Meade claimed that he was fired because of his race and his age.

Meade filed a lawsuit and in support of its motion for summary judgment, Turman presented an affidavit from the manager.  The manager said that he terminated Meade because of his role in the altercation after witnessing the fight and reviewing the video footage.  However, because Turman had not put a litigation hold on the video footage of the fight, the video had been destroyed.  In light of this, the court found that the manager’s affidavit as to the legitimate nondiscriminatory reason for the termination was not enough to award summary judgment—after all, a jury might believe Meade’s version of events and find that the manger either wasn’t correct in what he recalled or was lying about what he saw.  This is a dispute of fact that is “further exacerbated from the destruction of the video footage featuring the altercation.”  Meade, p. 6.  Additionally, the court noted that if it turned out that the destruction of the video was willful, this could result in an adverse inference against Turman at trial.  Id.

Because there was no video tape to view, there was the potential that a jury could believe Meade and not Turman.  Based on this, the court denied summary judgment to Turman.

Whenever there is the potential for litigation, it is imperative that everyone in your company understand the necessity of preserving evidence.  You don’t want to be caught in a situation where you are relying upon evidence that no longer exists and trying to explain that to a judge, much less deal with a potential claim that the evidence was destroyed intentionally.