Is a Claim that an Applicant is Overqualified a Defense to an ADEA Claim? 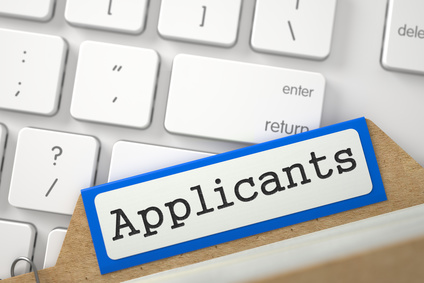 You are trying to fill an unskilled laborer position. One applicant for the position is a former employee with decades of experience in a position that involves more skill and higher pay. You end up deciding to hire another younger applicant, concluding that the former employee is overqualified and will not be satisfied in the position.  Can the older applicant bring a claim of age discrimination?

Not if you can show that your conclusion that the applicant was overqualified was legitimate, at least according to a recent decision of the Fourth Circuit Court of Appeals.  Buckner v. Lynchburg Redeveloping & Housing Authority, Case No. 16:16-cv-00070 (June 15, 2017).

A little less than a year after Buckner was laid off, one of the Maintenance I workers quit.  The agency advertised the vacant position, describing it as entry level and semi-skilled.  Buckner applied for the position.  He was 52 years old at the time.  In his application, he emphasized his twenty years of experience and relevant training and certifications.  The maintenance manager determined that Buckner was overqualified for the position.   He was looking to pay around $10-12 per hour and he knew that Buckner was making $17.43 per hour before he was laid off.  He also did not believe that Buckner would be happy in the Maintenance I position given his skill set.

The agency ended up hiring a 36 year old man for the position.  He was hired at $12.01 per hour.  After filing an EEOC charge, Buckner filed a lawsuit, claiming that he was discriminated against on the basis of his age.

The district court granted summary judgment to the employer and the Fourth Circuit affirmed. As the Fourth Circuit explained, the standard for proving age discrimination is high because a plaintiff has to be able to show that the discrimination was the “but-for” cause of his failure to be hired. Claiming that someone is overqualified is not enough on its own—instead, there has to be an objective reason that a plaintiff’s excessive qualifications are a negative trait.  Some examples of these objective reasons are higher salaries, job dissatisfaction, overanalyzing problems, and the likelihood that the applicant might move on to a better job that is more suitable for his or her qualifications.  Here, the Fourth Circuit found, the agency had stated two objective reasons for why Buckner’s overqualification was a bad trait—that his pay may have to be higher and that he would be unhappy.   Buckner was not able to point to any basis for showing that this legitimate reason was pretextual and that its decision was truly based upon age. Based on all of this, the court concluded that no judge or jury would find that Buckner’s age was the but-for cause of his failure to be hired.