Is Calling Someone “Boy” Discriminatory? 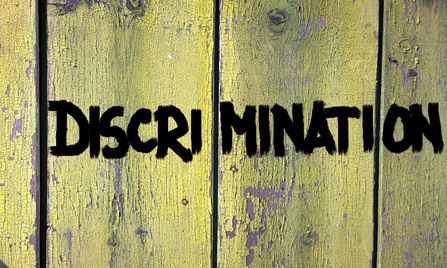 A supervisor repeatedly calls an employee “boy,” even after the employee requests that he stop referring to him in that way. After the employee is fired, he claims that he was subjected to discrimination in violation of Title VII.  Can calling him “boy” support such a claim?

It depends on a number of factors, but a federal court in Utah recently found that an employee’s claim could go forward in a case involving similar facts.  Evans v. Coates Electrical & Instrumentation, Case No. 2:16-cv-01196 (May 23, 2018).

James Evans was a black man who worked for a temp agency and was assigned to work as an apprentice electrician for Coates Electrical.  Not long after he started working there, when he went to go retrieve a tool from the toolshed at the direction of one of his supervisors, Brandon Hanson, a project manager for the company, asked him what he was doing.  When he responded that he was looking for a tool for another supervisor, Hanson said “Boy, you work for me.”  Evans asked Hanson not to call him that and when he persisted, Evans told him he was going to report him to both Coates Electrical and the temp agency for race discrimination.  According to Evans, Hanson then said “Boy, take off that harness.  You are out of here. You are fired.”

When Evans ended up filing a lawsuit claiming race discrimination, Coates Electrical moved for summary judgment, arguing that there is no evidence that Evans was treated less favorably than other employees or terminated under circumstances that give rise to an inference of unlawful discrimination. Basically, argued the employer, calling him “boy” just wasn’t enough to support a claim of race discrimination.

The court explained that the Supreme Court has listed five non-exhaustive factors to consider in assessing whether the word “boy” is evidence of racial animus:  context, inflection, tone of voice, local custom and historical usage (citing Ash v. Tyson Foods, Inc., 126 S. Ct. 1195, 1197 (2006)).  Here, the court found that the context, inflection and tone of voice supported a finding of racial animus.  Evans claimed that Hanson called him “boy” after he asked him not to, that he claimed that Hanson took aggressive steps toward him, that he had a sarcastic tone, and he appeared angry when confronting him.  Coates Electrical argued that the local custom and historical usage in Utah does not support a finding that “boy” is a racist term (unlike in Alabama, for example).   But, the court found, the fact that Evans had told Hanson that the word was racist should have put Hanson on notice. Under these circumstances, the court found that Evans could proceed on claims of both race discrimination and retaliation in violation of Title VII.

The fact that the employee in this case expressed in no uncertain terms that he believed the word “boy” to be racist was significant.  Even if the supervisor took the position that he did not ascribe any particular meaning to the word “boy,” once he heard otherwise from the employee, his continued use of the word became actionable.