What if an employee with bipolar disorder is aggressive and disruptive? Does the ADA prevent an employer from firing that employee? 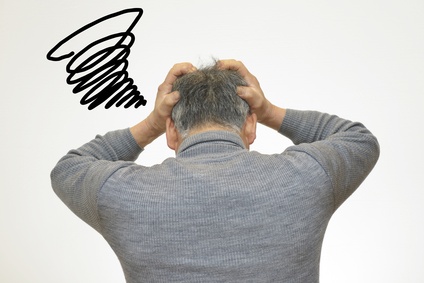 Potentially not, depending on the circumstances, according to a recent case from Eighth Circuit Court of Appeals. Walz v. Ameriprise Financial, Inc., Case No. 14-2495 (March 9, 2015). In this case, the plaintiff Marissa Walz worked for Ameriprise in a job which required good people and communication skills, along with the ability to work well in a team and exercise good time management. Walz’s bipolar disorder caused her to interrupt meetings, disturb coworkers and disrespect her supervisor. Walz’s supervisor had repeated discussions with her about her behavior and eventually issued her a formal warning. Walz applied for FMLA leave which was granted by the third party that administers these requests for Ameriprise. Walz never told Ameriprise of the reason for her FMLA leave. When Walz returned to work, provided a doctor’s note stating that she had been stabilized on her medication. Upon her return, Walz also was given and signed Ameriprise’s Individual Treatment Policy (addressing disability discrimination and the process for requesting accommodation).

Soon after her return, however, Walz began behaving in an erratic and disruptive manner, including being aggressive toward coworkers. Ameriprise fired her. Walz had never informed Ameriprise that she suffered from bipolar disorder or requested an accommodation. Walz sued Ameriprise, claiming she was terminated because of her disability in violation of the ADA.

On appeal, the Eighth Circuit upheld the district court’s ruling granting summary judgment to Ameriprise, finding that (a) Walz was not a qualified individual under the ADA because she could not perform the essential functions of her position without accommodation and (b) she never requested any accommodation. Basically, because Walz’s bipolar disorder caused her to be disruptive and rude—which prevented her from working well with others (an essential function of her job)—and because she never disclosed her non-obvious disability and any related limitations, she had failed to establish a genuine issue of material fact as to whether she was able to perform the essential functions of her job with reasonable accommodation.

The takeaway from this case—if an employee’s behavior is disruptive and erratic, even after repeated counseling and other disciplinary efforts, you may have a basis to terminate. However, if that employee has disclosed a medication condition causing this behavior and also requested an accommodation of it, you need to engage in the interactive process and see if you can find a workable solution before taking drastic action.