Could Denying A Request for an Extension of Medical Leave Violate the ADA? 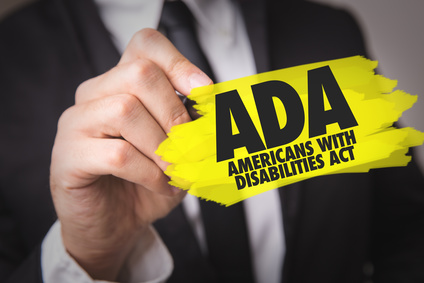 You have an employee who has been out on medical leave because of a serious health condition.  But before his scheduled return-to-work-date, the employee requests an additional two months of leave to undergo further medical treatment.  If you deny this request, could you be violating the ADA?

It depends on the circumstances.  The EEOC has recently brought suit against a casino in Illinois, claiming that it violated the ADA when it refused to grant an employee’s request for additional leave for further surgical treatment for his cancer.  EEOC v. Midwest Gaming and Entertainment, LLC DBA Rivers Casino, Case No. 17-cv-6811 (N.D. Ill.).

Donnan Lake worked for Rivers Casino as a slot technician.  Lake was diagnosed with cancer and thus was out on medical leave through January 2016 to undergo treatment.  According to the complaint filed by the EEOC, in January of 2016 (when Lake was supposed to return), he requested a reasonable accommodation in the form of additional medical leave so that he could undergo surgical treatment for his cancer.   But Rivers Casino refused to grant this request and terminated his employment as of January 28, 2016. Lake filed an EEOC charge and the EEOC ended up filing suit against the casino.

According to the complaint, Rivers Casino’s failure to provide the accommodation requested by Lake was unlawful and in violation of the ADA.  The EEOC seeks a permanent injunction, prohibiting the casino from engaging in any further disability discrimination, an order requiring the casino to implement policies and practices which provide equal employment opportunities for qualified individuals with disabilities, backpay for Lake, other compensatory damages (including for pain and suffering), punitive damages and reinstatement to his prior job.

This lawsuit was only filed last week and Rivers Casino has not yet had the opportunity to respond.  Rivers Casino may have a number of defenses that it can assert to this ADA claim.  But, this case serves to remind employers that additional leave might be considered a reasonable accommodation and, in fact, the governing regulations state that “the ADA allows an indeterminate amount of leave, barring undue hardship, as a reasonable accommodation.” 29 C.F.R. § 825.702(b).  Thus, an employer should not deny such a request without a very considered analysis of whether they can justify doing so on the grounds that it would be an undue hardship (and probably some legal counsel with respect to this issue).