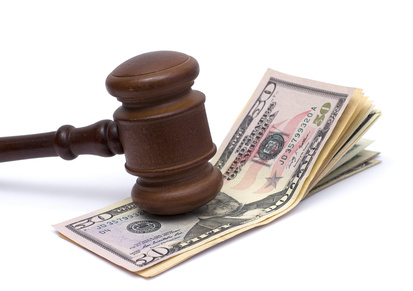 Title VII allows both compensatory and punitive damages and there is a statutory cap that applies, depending upon the size of the employer ($300,000 in the case of employers with more than 500 employees). 42 U.S.C. § 1981a. In a sexual harassment case before the Ninth Circuit, the question was whether punitive damages are available in a case where a jury has awarded only nominal damages in the amount of $1.00 and not compensatory damages. The Ninth Circuit, ruling en banc, overruled a prior panel decision and decided that an award of punitive damages in this case would be permissible and would not violate due process. Arizona v. ASARCO LLC, No. 11-1784 (9th Cir. Dec. 10, 2014).

This case involved an employee of ASARCO, LLC, a company which operated a copper mine and mill facility in Arizona, who claimed that she was subjected to sexual harassment, retaliation, and intentional infliction of emotional distress and that she was constructively discharged. The State of Arizona filed suit on her behalf under the Arizona Civil Rights Act in state court and the employee filed a lawsuit in under Title VII. The pleadings were consolidated and removed to federal court and after an eight day trial, the jury found ASARCO liable on the sexual harassment claims under Title VII, but not on the constructive discharge or retaliation claims. The jury awarded no compensatory damages, but awarded $1.00 in nominal damages and $868,750 in punitive damages. ASARCO filed a renewed motion for judgment as a matter of law, partly based on an argument that the punitive damages award was unconstitutionally excessive. The district court rejected this motion, finding that the punitive damages award was not unconstitutional, but reducing the award to $300,000 in light of the applicable cap under Title VII. The district court also granted the employee’s motion for attorneys’ fees and costs in the amount of $350,902.75. ASARCO appealed on several grounds, one of which was that the district court had erred in refusing to reduce the punitive damages award. A three judge panel of the Ninth Circuit vacated the punitive damages award—finding that while ASARCO’s conduct was reprehensible, the ratio of 300,000 to 1 between the punitive and nominal damages was excessive. Arizona v. ASARCO LLC, 733 F.3d 882 (9th Cir. 2013). The Ninth Circuit then agreed to rehear the case en banc.

The three judge panel had applied the “guideposts” for assessing the constitutionality of a state common law punitive damages award set forth in BMW of North America, Inc. v. Gore, 517 U.S. 559 (1996) and summarized in State Farm Mutual Automobile Insurance Co. v. Campbell, 538 U.S. 408, 418 (2003): (1) the degree of reprehensibility of the defendant’s misconduct; (2) the disparity between the actual or potential harm suffered by the plaintiff and the punitive damages award; and (3) the difference between punitive damages awarded by the jury and the civil penalties authorized or imposed in comparable cases.

As the Ninth Circuit explained in its en banc decision, Gore was relevant in its consideration of a punitive damages in a case brought under a federal statute. However, the question was different from that in Gore because it was brought under Title VII and already includes a cap on punitive damages:

ASARCO, p. 9. After reviewing the constitutional concerns underlying Gore, the Ninth Circuit explained that “when a punitive damages award arises from a robust statutory regime, the rigid application of the Gore guideposts is less necessary or appropriate” and “the more relevant first consideration is the statute itself, through which the legislature has spoken explicitly on the proper scope of punitive damages.” Id., p. 11.

Title VII already sets forth the type of conduct for which a defendant must have been found liable for punitive damages to be available and sets a cap on these punitive damages. “These two aspects of the statute address Gore’s concern that defendants be on notice of what conduct might make them liable for punitive damages and the extent to which they might be held liable.” Id., p. 12. Additionally, there is less likelihood of random, arbitrary punitive damages awards because of the degree of culpability which a defendant must have before being subject to liability and the caps that have been set forth under Title VII. Id., pp. 12-13. Thus, “Gore’s ratio analysis has little applicability in the Title VII context because § 1981a governs punitive damages” and “[w]hen a statute narrowly describes the type of conduct subject to punitive liability, and reasonably caps that liability, it makes little sense to formalistically apply a ratio analysis devised for unrestricted state common law damages awards.” Id., p. 13. The Ninth Circuit further found that the record supported the conclusion that the punitive award was made in conformance with the statute and not otherwise in violation of due process. Id., p. 19.