Can the EEOC come after your company without at least trying to resolve the matter? 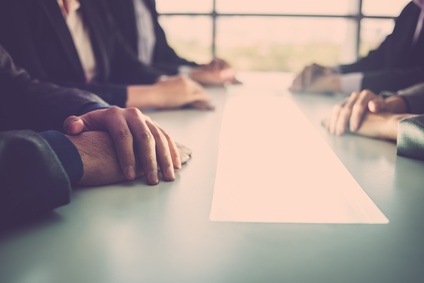 Not without at least complying with its duty to attempt to conciliate the matter. In a unanimous decision issued last week, the Supreme Court held that courts have the authority to review whether the EEOC has fulfilled its obligations under Title VII to attempt conciliation. Mach Mining, LLC v. EEOC, No, 13-1019 (April 29, 2015). This is important for employers and gives them more of a legitimate chance to resolve a matter if the EEOC has found cause in a Title VII case. However, the review permitted is fairly limited.

An employee had brought a sex discrimination charge against Mach Mining. The EEOC found that there was reasonable cause to believe that the company had engaged in unlawful hiring practices. The EEOC invited Mach Mining and the complaining party to participate in an informal conciliation proceeding and telling them that a representative would be contacting them about that. Approximately a year later, the EEOC sent Mach Mining another letter stating that it had determined that conciliation efforts had been unsuccessful. The EEOC then filed a lawsuit against Mach Mining. Mach Mining argued that the EEOC had not attempted to conciliate in good faith. The EEOC responded that its conciliation efforts were not subject to judicial review and that the letters sent to Mach Mining demonstrated that it had fulfilled its obligation to conciliate anyway. The Seventh Circuit ruled that the EEOC’s conciliation obligation was unreviewable, but the Supreme Court disagreed.

The Supreme Court explained that Congress imposed a mandatory duty on the EEOC to attempt conciliation and made that duty a precondition to a lawsuit—even though the EEOC has discretion in terms of choosing the method of trying to conciliate, that does not mean that courts do not have the ability to review that process. “By its terms the statutory obligation to attempt conciliation necessarily entails communication between the parties concerning the alleged unlawful employment practice.” Id., p. 2.

However, although a court does have the power to review whether this effort has been made, the EEOC retains wide latitude in terms of how to conduct and when to end the conciliation efforts. Id. The scope of review is limited and limited to making sure that the EEOC has given the employer notice of the claim and an opportunity achieve voluntary compliance. Id.