Posted in Rehabilitation Act of 1973 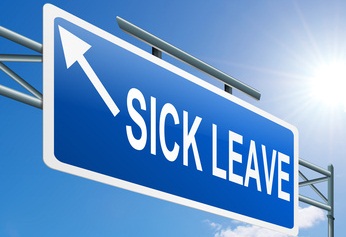 The Tenth Circuit was recently faced with the question of whether a university’s inflexible policy disallowing sick leave longer than six months violated the Rehabilitation Act. Rejecting the claims of the plaintiff, an assistant professor who sought more than six months leave after being diagnosed with and beginning treatment for cancer, the Tenth Circuit found that this policy did not itself violate the Rehabilitation Act. Hwang v. Kansas State University, No. 13-3070 (10th Cir. May 29, 2014).

The Rehabilitation Act of 1973, as amended in 1992 and 1998, 29 U.S.C. § 794(a), prohibits discrimination on the basis of disability by the federal government, federal contractors and by recipients of federal financial assistance. As a recipient of federal funding, Kansas State University is covered by the Rehabilitation Act. Like under the Americans with Disabilities Act, a disabled plaintiff can establish a claim for discrimination in the workplace by showing that she is qualified for the job, that she can perform the job’s essential functions with a reasonable accommodation for her disability, and that her employer failed to provide a reasonable accommodation despite her request for one. It is then up to the employer to show that the accommodation in question imposes an undue hardship on its business.

Hwang made the argument that inflexible sick leave policies like the University’s violate the Rehabilitation Act. She pointed to the EEOC Guidance Manual for support for this proposition. However, the Tenth Circuit noted that the EEOC manual expressly states that an employee does not have to retain an employee unable to perform essential job functions for six months and that the way Hwang was reading the manual was in error. Id., p. 7. “Here then the EEOC seems to agree with our conclusion that holding onto a non-performing employee for six months just isn’t something the Rehabilitation Act ordinarily compels.” Id.

Further, the Tenth Circuit explained “in at least one way an inflexible leave policy can serve to protect rather than threaten the rights of the disabled – by ensuring disabled employees’ leave requests aren’t secretly singled out for discriminatory treatment, as can happen in a leave system with fewer rules, more discretion, and less transparency.” Id., p. 8. Thus, the Court affirmed the dismissal of Hwang’s claim under the Rehabilitation Act.