So What Exactly Can You Say About a Terminated Employee? 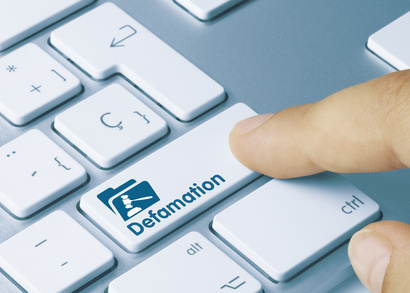 the situation
You have an employee who is struggling to meet performance goals.  After trying to address the deficiencies in his performance, you end up concluding that it just is not a good fit. You give the employee a termination notice, deciding that it is preferable to just cut your losses.  So what exactly can you say to your other employees about the situation?
the ruling
The safest bet might be to avoid making any statements about the situation apart from a general statement that the employee is no longer working for you.  Last month, a court in Richmond denied an employer’s request to dismiss a defamation claim dismissed based in part on an employer’s statements that the employee “had to be let go.”   Davis v. Virginia Automobile Dealers Ass’n, Case No. CL 17-258 (Richmond Cir. Ct. May 2, 2017).
In 2014, Sean Davis was hired to be the director of dealer operations of the Virginia Automobile Dealers Association, a trade association representing franchised new car and truck dealers. About two and half years after he was hired, the president and CEO of the association decided to terminate Davis’s employment, concluding that he did not have the requisite experience and was not fitting in.  After terminating him, the CEO reportedly told others in the industry that Davis “had to be let go.”  Davis contended that there were no performance issues and that his termination was retaliatory and ended up bringing a lawsuit against the association, which included a claim for defamation based on the CEO’s statement, alleging that the inference to be drawn from this statement was that he engaged in misconduct or was fired for cause.

The association stated that these facts did not support a claim for defamation, but the circuit court disagreed, reportedly finding that the statements at issue regard whether Davis was fired and for what reason and could be defamatory.

the point
Employers often struggle with how to handle communications with staff, customers or clients, or even competitors about a terminated employee. This case points out the danger of providing any information other than that the person is no longer employed.  Of course, to the extent that an employer can demonstrate the truthfulness of any statements made, it will be able to defeat a defamation claim, but it still may give the employee enough ammunition to at least state a claim, forcing the employer to engage in litigation.