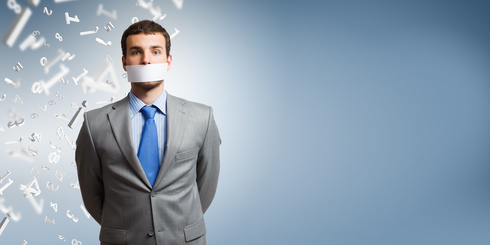 When is an employer liable for “stray” remarks? How connected do the stray remarks need to be to the adverse employment action? Earlier this summer, the Second Circuit reversed a district court’s award of summary judgment to an employer on a discrimination claim involving stray remarks in a denial of tenure case where the remarks were made by the de facto decisionmaker within the same school year as the denial of tenure, clearly suggested racial bias and were about the plaintiff’s qualifications as a teacher. Tolbert v. Smith, et al., No. 14-1012 (2d Cir. June 24, 2015).

Tolbert was a culinary arts teacher in New York. Tolbert had been teaching for a few years when a new principal came on board. The new principal made several racist remarks—asking him in the fall, “do you know how to cook black, or can you cook American too?” and, just a few months later, telling a student that “black kids can’t learn in a cooking class because all they want to do is eat.” And then, in the spring of that same school year, the principal asked student how she expected to learn if all she was cooking was black food. Tolbert’s annual review at the end of that year was not positive. Tolbert was told that he would continue as a probationary teacher for another year and he was denied tenure. He made a number of claims against the principal and the school district, including a claim for discrimination under Title VII.

The district court found that the principal’s remarks were too attenuated from the tenure decision and not probative of the principal’s intent. But the Second Circuit disagreed, finding that the defendants were not entitled to summary judgment on the discrimination claim. In reaching this decision, the court pointed out that the racist remarks were made in the very same school year –and within three months of the decision not to give Tolbert tenure. Id., pp. 19-20. Additionally, the court explained, the comments were made by the de facto decisionmaker, clearly involved racial bias, and related to Tolbert’s qualifications as a teacher. Id., p. 20. The district court had found that because the evaluations did not refer to Tolbert’s race, there was no “nexus” between the tenure denial and the remarks by the principal. But the Second Circuit found that Tolbert did not have to show that the principal declared that the tenure decision was related to Tolbert’s race—but that “[s]tatements showing an employer’s racial bias, which Mr. Tolbert identified, are sufficient to support a prima facie case of discrimination.” Id., p. 21.