FMLA Retaliation Claim Even Where Actual Decisionmaker Didn’t Know About Use of Leave? 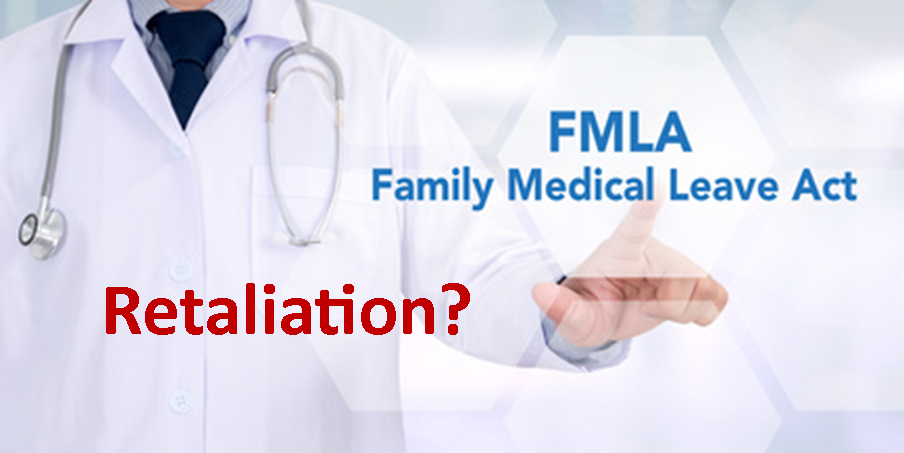 the situation
An employee requests and is approved for FMLA leave based on a mental health condition.  While she is out, she accumulates a backlog of work. According to her supervisor, after she returns, she continues to have performance problems, including not meeting certain metrics and otherwise just not meeting his standards.  Based on a recommendation from her supervisor, upper management decides to demote the employee. When performance issues continue, the owner decides to fire her, without any knowledge of her use of FMLA leave. Can this employee still make a case for retaliation under the FMLA?

Maybe so.  In a recent decision, the Sixth Circuit Court of Appeals ruled that the “cat’s paw” theory of liability (which means using another to accomplish one’s own purpose) applies to claims of FMLA retaliation.  Marshall v. The Rawlings Co. LLC, NO. 16-1514 (6th Cir. April 20, 2017. The idea is that a lower ranking employee may still have significant influence over the ultimate decisionmaker and, if so, the employer may still be liable if the influence is tainted by bias based on use of FMLA leave or any other protected characteristic.
Gloria Marshall began working for The Rawlings Company as an analyst and was promoted after a few years to team lead. She suffered from depression, anxiety and PTSD and requested FMLA leave to receive treatment when she had a sudden onset of acute problems related to these conditions.  When she came back from work, a lot of work had piled up and according to Marshall, no one provided her with assistance in clearing out this backlog. But even after she got the backlog cleared out, she was still having a problem keeping up.  A few months later, her supervisor Jeff Bradshaw recommended to his boss, the president of the division, Laura Plumley, that Marshall be demoted back to analyst.  Plumley made the decision to demote her and claimed it was based solely on Marshall’s performance.  According to Plumley, when she made the decision to demote Marshall, she did not know anything about her use of FMLA leave.
The Rawlings Company claims that after her demotion, Marshall continued to perform poorly, although Marshall claims she was reaching goals and even recognized as a high performing analyst.  There were also some issues between Marshall and her supervisor Bradshaw after her return.  Marshall claimed that Bradshaw bullied her at times, and even showed over hostility about her use of FMLA leave, at one point saying in a meeting, “So are you planning on being out again any time soon?” in a sarcastic tone.   Marshall ended up making another request for FMLA leave, this time intermittent, again based on continuing mental health issues.  Some time later, when Marshall was reprimanded for not staying on task, she complained that she had been harassed by Bradshaw.  Bradshaw’s supervisor Plumley concluded that the allegations were unfounded and reported the same to the owner of the company.  The owner then ended up deciding to fire Marshall—based on his conclusion that she was making false claims of harassment to avoid the consequences of her performance issues. At the time, he claimed he did not know anything about her use of FMLA leave.

When Marshall filed a lawsuit alleging FMLA retaliation, the Rawlings Company moved for summary judgment, claiming that the ultimate decisionmakers, Plumley and the owner, were not biased against her and thus she could not make such a claim.  Although the district court agreed with this argument, the Sixth Circuit did not.  The court found that the cat’s paw theory of liability applies to FMLA retaliation claims, referring to situations where “a biased subordinate, who lacks decisionmaking power, uses a formal decisionmaker as a dupe in a deliberate scheme to trigger a discriminatory action.”  Bottom line—even if the person making the ultimate termination decision does not know about the alleged protected activity, if he or she is relying on information provided by a biased supervisor, the employer may still face liability.

As the Sixth Circuit explained, the rationale behind cat’s paw theory applies just as much in the FMLA context as in other types of discrimination and retaliation claims.  Employees of lower rank may have significant influence over decisionmakers and so even if they don’t have actual disciplinary authority, they may still effectuate the termination of an employee in a protected class by recommending discharge or even just by reporting false information.  Therefore, the fact that there was no evidence that the ultimate decisionmakers were themselves biased against Marshall because of her use of FMLA leave did not mean she could not pursue a claim against the company where these decisionmakers were entirely relying on information provided by an allegedly biased supervisor.

the point
Employers are often focused on decisionmakers in terms of considering risks for discrimination or retaliation claims. But employers also need to think about what these decisionsmakers are basing their decisions—who is the source and whether there is any potential bias there that is coloring any information provided about the employee.