Tipped Employees Must Have Actual Notice of Use of Tip Credit 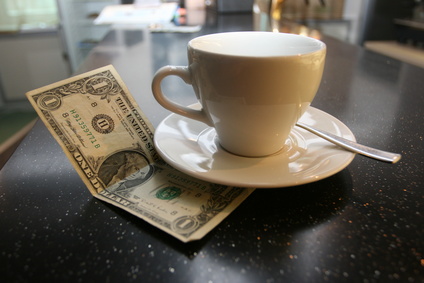 The tip credit permitted under the Fair Labor Standards Act (“FLSA”) has always presented challenges to restaurants and other employers seeking to apply it correctly. Last month, the First Circuit addressed the tip credit and the question of the type of notice which must be given to employees regarding its use in the case of Perez v. Lorraine Enters., No. 13-1685 (1st Cir. Oct. 1, 2014). The First Circuit ruled that constructive knowledge of the application of the tip credit is not enough, but rather employees must have actual notice that tips are to be treated as part of their wages.

The FLSA requires that employers pay employees minimum wage. However, the FLSA contains an exception to this requirement for employees who regularly receive tips, as long as employers abide by certain requirements. In its decision in Perez, the First Circuit Court of Appeals provides further guidance as to these requirements.

This case involved employees of a restaurant in Puerto Rico called Piccolo e Posto (owned by Lorraine Enterprises). In 2008, the Department of Labor conducted an investigation into the restaurant’s payroll practices and determined that the restaurant was in violation of the FLSA based on certain deductions from servers’ pay (called “spillage fees”) which reduced the employees’ pay below minimum wage. The restaurant claimed that the servers actually made more money in tips than indicated by the payroll records, but did not provide probative evidence of the tip income of the servers. The DOL investigator also concluded that the restaurant had misclassified some employees as exempt and failed to keep proper records of the hours worked by these employees.

The Secretary of the DOL sued the restaurant and its owners and ultimately sought partial summary judgment on the minimum wage claim, asserting that the spillage fee was an impermissible deduction and that the restaurant and its owners had not provided sufficient notice to employees to enable them to offset their minimum wage obligations. Following the recommendation of the magistrate, the district court granted the Secretary’s motion and calculated the wages owed to be $129,057.22. Judgment was entered against the defendants in this amount and the defendants appealed. The First Circuit affirmed the decision of the district court.

One of the issues reviewed on appeal was whether the district court had properly determined that the restaurant did not comply with the requirements necessary to utilize the tip credit under the FLSA. In order to take advantage of the tip credit, an employer must inform employees in advance that it intends to count a portion of the tips received by employees toward the minimum wage. As the First Circuit pointed out, “[t]his notice provision is strictly construed and normally requires that an employer take affirmative steps to inform affected employees of the employer’s intent to claim the tip credit.” Perez, p. 6. Further, the burden to show eligibility for the tip credit is on the employer. Id., pp. 6-7.

The defendants argued that their due process rights were violated when the Secretary moved for summary judgment based on the lack of notice to employees. The First Circuit rejected this argument on several grounds. First, the defendants did not make this argument until after the district court adopted the recommendation of the magistrate judge. The argument was made for the first time in the defendants’ motion to alter or amend and thus was likely waived. Additionally, the First Circuit disagreed that the defendants did not have notice of this claim, explaining that “the Secretary’s charge that the waiters’ wages fell below the statutory minimum rate sufficed to put the defendants on notice that their tip-credit defense was in issue.” Id., p. 9.

The First Circuit also agreed with the finding that the restaurant was not eligible for the tip credit. The Secretary’s claims of a lack of proper notice under the FLSA were based in part on the deposition testimony of an employee named Gonzalez. Gonzalez testified that when he was hired, he was not informed that any portion of his tips would count toward minimum wage. He also testified that after he became a manager, new waiters were not told that any portion of their tips would count toward wages. The defendants argued that there was a material issue of fact precluding summary judgment because the Secretary had not shown that Gonzalez was present for the hiring of each server.

However, explained the First Circuit, “[a]t the summary judgment phase, the absence of evidence on an issue redounds to the detriment of the party who bears the burden of proof on that issue.” Id., p. 12. And so the defendants could not just point to a lack of evidence, but would have to “adduce definite, competent evidence showing that waiters were informed of the tip credit.” Id., pp. 12-13. The “best effort” made by defendants with regard to such evidence was testimony from one of the owners that her husband told waiters that a portion of their tips would count as wages and that when the restaurant first opened, a written notice went out to some unidentified number of employees that dealt in some unspecified way with tips. The First Circuit found that the owner failed to lay a proper basis for these assertions and thus that they lacked “sufficient force to influence the summary judgment calculus.” Id., p. 13. Furthermore, there was no evidence that this owner had any personal knowledge of her husband’s actions as she was not involved in management when the restaurant first opened and did not participate in the hiring process.

The defendants also claimed that the servers had constructive notice of the restaurant’s intention to claim the tip credit and that this was sufficient. The argument was that the servers’ paystubs put them on notice that the restaurant was claiming a tip credit because they showed a wage lower than minimum wage and because they reported their credit card tips at the end of each shift. The First Circuit rejected this argument, explaining that employees must be informed by the employer that tips are going to be treated as part of minimum wage. Id., p. 15. The information contained on the paystubs might corroborate direct evidence of notice, but the paystubs themselves were not evidence and could not support a finding that the defendants had complied with the requirements for the tip credit. Id.

Moreover, the duty to inform is an affirmative duty placed upon the employer, which cannot be satisfied by the mere hope or assumption that employees will either divine their employer’s intentions or figure out their statutory entitlements from the way in which the employer conducts its business.