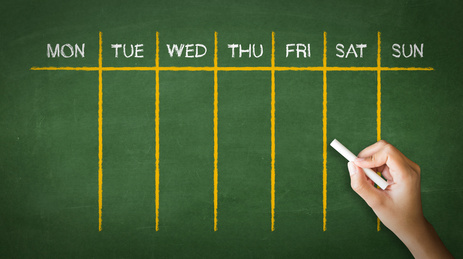 Last month, the Fifth Circuit Court of Appeals faced the question of whether the Fair Labor Standards Act (“FLSA”), an employer has to use a certain workweek to maximize overtime for employees. The Fifth Circuit ruled that there is no such obligation on an employer. Johnson v. Heckmann Water Resources, Inc. No. 13-40824 (July 14, 2014).

The plaintiffs were non-exempt employees who worked twelve hour shifts for seven consecutive days beginning every other Thursday. The employer paid them bi-weekly, based on a Monday through Sunday “workweek” to calculate overtime. The plaintiffs claimed that under the FLSA, their workweek should have begun on Thursday and ended on Wednesday. If this Thursday through Wednesday workweek were utilized, each would be entitled to 44 hours of overtime per paycheck, instead of the four hours to which they were each entitled using the Monday through Sunday workweek.

The district court granted the employer summary judgment, finding that the employer had not violated the FLSA by calculating the hours on a Monday through Sunday workweek. The plaintiffs appealed.

The Fifth Circuit explains that although the plaintiffs claim that their workweek under the FLSA should reflect their actual workweek (Thursday through Wednesday), they have offered no authority to support this position. The FLSA does not define “workweek.” Johnson, p. 4. The Department of Labor (“DOL”) has issued a regulation that provides that “[a]n employee’s workweek is a fixed and regularly recurring period of 168 hours—seven consecutive 24-hour periods. It need not coincide with the calendar week but may begin on any day and at any hour of the day.” 29 C.F.R. § 778.105. The regulation provides that a single workweek may be established to apply to all employees or that different workweeks can be established for certain employees or groups of employees. Id. Further,

Once the beginning time of an employee’s workweek is established, it remains fixed regardless of the schedule of hours worked by him. The beginning of the workweek may be changed if the change is intended to be permanent and is not designed to evade the overtime requirements of the Act.

Id. The Fifth Circuit points out that the regulation does not require employers to establish different workweeks for different employees, but that this is only an option. Johnson, p. 5. Additionally, the Fifth Circuit pointed to a DOL opinion letter for support. In that case, the employer had a two week pay period, in which employees worked nine hour shifts per day Monday through Thursday and eight hours on one of the two Fridays. The employer proposed starting its workweeks for pay period purposes at 12:30 p.m. each Friday (even though the workday started at 8:30 a.m.). The DOL found that this was acceptable under the FLSA because the workweeks were fixed, consisted of 168-hour periods, and employees would be paid for any hours worked over 40 in that specified period. Wage & Hour Division, U.S. Dep’t of Labor Op. Ltr. (Jan 16, 2009). Additionally, noted the Fifth Circuit, the Eighth Circuit Court of Appeals had found no FLSA violation in a case with almost identical facts (Abshire v. Redland Energy Services, L.L.C., 695 F.3d 792 (8th Cir. 2012)). Johnson, p. 7.

Considering the regulation, the Opinion Letter, and the reasoning in Abshire, the Fifth Circuit concluded that the workweek used by the employer did not violate the FLSA, concluding that “[t]he mere fact that an established workweek does not maximize an employee’s overtime compensation does not, standing alone, violate the FLSA.” Johnson, p. 8.