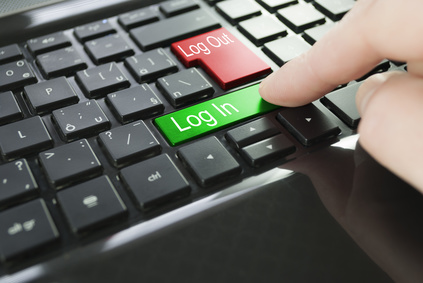 Your policy requires that each employee log in and out of his computer whenever taking any sort of break. Employees are then paid just for the time they are logged into their computers. Is this okay?

Not if you are failing to pay employees for any breaks, including those under twenty minutes. Last month, a federal court in Pennsylvania found that a company and its owner are both liable to employees working in fourteen different call centers for using a policy like the one described above. Perez v. American Future Systems, Inc., Case No. 2:12-cv-06171 (December 16, 2015). Progressive Business Solutions (a trade name of American Future Systems) is a company that creates business information publications and sells them to various entities, using sales representatives that make these sales via telephone at a number of call centers. Progressive utilized a timekeeping system that requires  employees to log in and off of their computer systems and only paid employees for time logged in. Progressive implemented a policy requiring employees to log out whenever taking any sort of break, no matter the length—and then paid employees only for the time logged in. Basically, if a sales rep was not on an active sales call, recording the results of a call, engaged in training or administrative activities, or engaged in other work-related activities , he was required to log out. This would cover breaks of any kind, including bathroom breaks or other short breaks.

The DOL ended up bringing an action against Progressive and its owner, alleging violations of the minimum wage requirements of the FLSA. The employer argued that the DOL was focusing on the wrong regulation and that because the employees were completely relieved of their duties and not required to return to work at any particular time, this was not work time. The court disagreed, finding that C.F.R. § 785.18, which specifically provides that rest periods of short duration running from 5 to 20 minutes are to be counted as time worked, should be applied as a bright line rule, and thus that the time was compensable. The court awarded the DOL summary judgment for minimum wage and recordkeeping liability and liquidated damages under the FLSA.

Although the actual amount of damages has not been determined, the DOL estimates that Progressive and its owner are liable for at least $1.75 million in back wages and liquidated damages.

Why is the owner also liable? Using the economic reality test, the court found that the CEO was a joint employer—he was the president and CEO, owned 98% of the company, was responsible for strategy and policy, and was the final authority regarding compensation and break policies.

One more interesting point—the court did not find that the defendants’ actions were willful, but did award liquidated damages in spite of the fact that Progressive and its owner argued that they had relied upon legal counsel in implementing the break policy (and so acted in good faith). Because they had not presented sufficient evidence of what advice they were given and how they acted in accordance with it, they had not shown enough to get around the otherwise mandatory award of liquidated damages in this type of case.

Be sure that your timekeeping methods do not create a situation where employees are not being paid for even short breaks. Additionally, to the extent you find yourself relying upon advice of counsel in support of a good faith defense, make sure it is clear what the advice was and how the company acted in conformance with it.