Can a Company Trade Services for Pay? 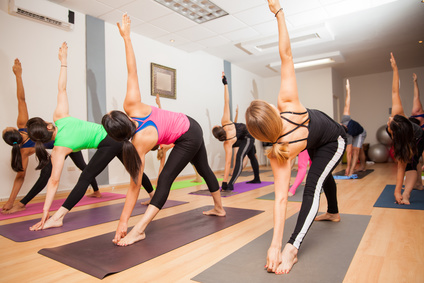 A fitness studio offers its customers the opportunity to trade a free monthly membership for a few hours of cleaning each week. It is a completely voluntary arrangement.  Could this later come back to bite the fitness studio?

There is a chance it could, and under similar circumstances, a California company operating a number of yoga studios agreed to pay a total of $1,650,000 based on a collective action initiated by a customer who participated in its “yoga for trade” program.   The federal court in California where this suit was filed just entered an order approving this settlement agreement. Walsh v. Corepower Yoga LLC, Case No. 3:16-cv-05610 (N.D. Cal. October 3, 2017).

The basic gist of “yoga for trade” was that customers (called “students” by Corepower Yoga) were offered free yoga classes in exchange for cleaning the studio for a few hours each week.  Corepower did not pay these individuals any additional amount.  Corepower discontinued the yoga for trade program in 2013, and started a new program in which “students” worked regular weekly shifts of one and a half hours.  Under this program (called the “Studio Experience Team”), the “students” were paid an hourly wage, but, according to the plaintiff, were required to apply a large portion of their wages to the purchase of a discounted membership at the studio (thereby making their pay less than minimum wage).

William Walsh initiated a collective action on behalf of customers that participated in both programs.  The lawsuit asserted that Corepower had violated the FLSA and California law by failing to pay wages to those participating in the yoga for trade program and by failing to pay minimum wage to those involved in the Studio Experience Team.

Of course, there may have been multiple defenses available to Corepower if it had not elected to settle this case. But this case serves as an important reminder that the primary question under the FLSA is whether an individual who has performed work for an employer has been paid wages as required by law-and no matter what “agreement” may be reached regarding some other alternative compensation structure, it may not carry the day and an employer may still face liability under the FLSA and/or state wage and hour laws.