So When Do You Need to Pay Employees For Breaks? 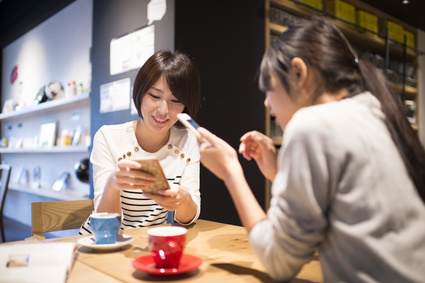 An employer rolls out a new system under which employees are free to log off and take breaks whenever they choose—but they will only be paid for the time if they log back in within ninety seconds.  Is this a violation of the FLSA?

Likely so, according to the Third Circuit Court of Appeals in an opinion issued on October 13, 2017.  Secretary U.S. Dept. of Labor v. American Future Systems, Inc. dba Progressive Business Publications, Case No. 16-2685.

Progressive Business Publication publishes and distributes business publications which are sold by sales representatives. These sales representatives are paid hourly and also get bonuses based on sales made while they are logged into their workstations.  Prior to 2009, Progressive allowed these employees two 15 minutes breaks per day.  But in 2009, Progressive implemented a new program which they called “flexible time” or “flex time.”  Under this new program, employees did not have a set number of paid breaks, but could log off their computers whenever they wanted. Only catch–they would only be paid for time that they logged off their computers if they logged back in within ninety seconds.

The Secretary of the DOL filed a lawsuit against Progressive, asserting that Progressive was violating the FLSA by failing to pay their sales representatives for breaks of twenty minutes or less.  The DOL pointed to the Wage and Hour Division’s regulation on this very issue which states that rest periods of short duration (from 5 minutes to about 20) must be counted as hours worked and thus paid.  29 C.F.R. § 785.18.

Progressive argued that because the employees were free to do whatever they wanted while logged off of their computers, this time should not be considered work time. But just like the district court below, the Third Circuit rejected this argument, explaining that simply calling it “flexible time” does not change the fact that if you elect to give employees short breaks of 20 minutes or less, it is work time and must be compensated.  The court also pointed out that it would be “absolutely contrary to the FLSA” to have a policy under which an employee has to essentially choose between going to the bathroom or getting paid (unless he or she can “sprint back to his or her computer in less than ninety seconds”).

Progressive also argued that the court should not give deference to the Wage and Hour Division’s regulation. The court also disagreed and found that the Wage and Hour Division’s interpretation of the FLSA reflected in the regulation was reasonable given the language and purpose of the FLSA.  Furthermore, the court found, this regulation should indeed be applied as a “bright line rule” and it should not be a fact specific inquiry as to whether certain break time is compensable.

Employers are not obligated to give employees multiple breaks throughout the day. But, if they do and these breaks are under 20 minutes, they need to recognize that they are going to be required to pay for this time (even if the intention in enacting such a policy was to give employees more flexibility).  And, as the Third Circuit responded to an argument raised by Progressive, this does not mean that employees can take an unlimited amount of unscheduled nineteen minute breaks a day—certainly, an employer can still discipline or even ultimately terminate an employee who is determined to have been abusing breaks.