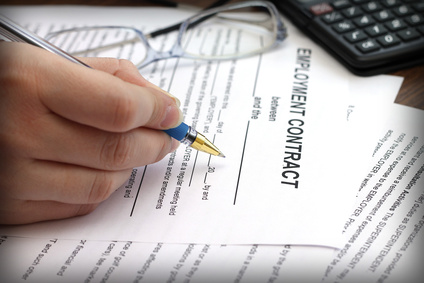 Last month, Judge Poston of Norfolk Circuit Court ruled that the former President of Shore Bank and Executive Vice President of Operations for Hampton Roads Bankshares, was entitled to $655,495.43 in severance pay, plus interest, despite the defendants’ arguments that they were prohibited from making this type of golden parachute payment as a recipient of Troubled Asset Relief Program (“TARP”) funds and that Shore Bank did not owe Harvard the severance because his base salary was paid by a holding company previously created by Shore Bank. The court further awarded the plaintiff attorneys’ fees in the amount of $155,000.

In 2008, Scott Harvard entered into an employment agreement with Shore Bank and Hampton Roads Bankshares. This agreement provided that Harvard could terminate his employment with the bank within six months of a change in control and that, upon termination, the bank would pay him a severance in the amount of 2.99 times his base salary and other health and insurance benefits. That same year, Hampton Roads Bankshares entered into a Securities Purchase Agreement with the U.S. Department of the Treasury and received TARP funds. TARP was part of the Emergency Economic Stabilization Act of 2008 (“EESA”) and gave the Secretary of the Treasury the power to purchase and insure certain troubled assets from financial institutions to provide liquidity to these institutions. Included in TARP was a prohibition against golden parachute payments by financial institutions to their senior executive officers. At the time that Hampton Roads Bankshares entered into the Securities Purchase Agreement, Harvard signed a letter agreement stating that he could receive any golden parachute payment during the period covered by TARP. However, at that time, the parties agreed that the severance compensation contemplated by the employment agreement did not violate the TARP rule prohibiting golden parachute payments because it was limited to 2.99 times his base amount. However, as part of the letter agreement, Harvard agreed to a reduced severance package (changing the definition of the base amount).

A change in control occurred at the end of 2008. In the meantime, the American Recovery and Reinvestment Act of 2009 was enacted and the definition of a golden parachute payment then changed, and theoretically would have encompassed the severance payment to which Harvard was entitled under his employment agreement. In June of 2009, within the six months allowed, Harvard terminated his employment and requested his severance payment. Shore Bank and Hampton Roads Bankshares consulted the U.S. Department of the Treasury and refused to pay Harvard.

Harvard filed a breach of contract action in Norfolk Circuit Court. The defendants filed a plea in bar, arguing that as TARP recipients, they could not pay the severance. However, Harvard argued that by the prohibition of the payment of his contracted severance compensation was a taking of his private property without just compensation in violation of the Fifth Amendment to the Constitution. The court agreed with Harvard’s argument and denied the plea in bar.

Again, the court agreed with Harvard. As the court explained, in order for judicial estoppel to apply, three conditions must be present: (1) the inconsistent or contradictory assertion must be a factual statement and not just alternative legal theories or an erroneous position on a question of law; (2) if the inconsistent positions occur in different proceedings, the parties must be the same; and (3) the court must have relied upon the inconsistent position when making its earlier decision. Harvard v. Shore Bank, et al., Case No, p. 5. Here, the court found, the prior inconsistent assertion was a factual assertion—that the TARP regulations applied to Shore Bank. Id., p. 6. The defendants had asserted that both Hampton Roads Bankshares and its wholly owned subsidiary Shore Bank. TARP only applied to Shore Bank’s contract with Harvard if Shore Bank were a TARP fund recipient because it is treated as the same employer as Hampton Roads Bankshares/Shore Financial Corporation, the direct recipient of the TARP funds. Secondly, the court relied on the factual assertion that Hampton Roads Bankshares and Shore Bank were TARP recipients in reaching its decision on the defendants’ Plea in Bar and finding that the TARP regulations prohibited the severance payment. Thus, judicial estoppel applied and precluded the defendants from arguing that Shore Bank was not Harvard’s employer and thus not obligated to pay severance or attorneys’ fees.