Nursing Mother Fired After Dispute About Where She Could Pump—Discrimination? 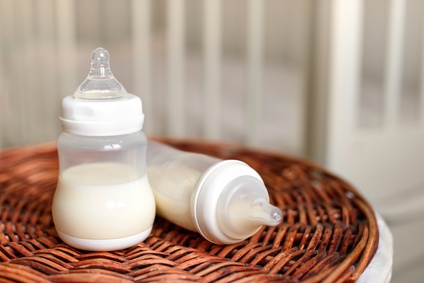 An employer decides to implement a new policy permitting lactating mothers to express breastmilk only in certain designated lactation rooms. An employee who has been pumping in her office objects to this new policy, claiming that it will inhibit her ability to do her job properly. Following a number of heated exchanges about the issue, the employee is later terminated, purportedly for something totally unrelated. Can she bring a claim of discrimination?

She might be able to proceed to trial on discrimination and retaliation claims. In Grewcock v. Yale New Haven Health Services Corp., Case No. 3:16-cv-00452 (December 12, 2017), a federal court in Connecticut denied an employer’s motion for summary judgment in a case involving these kinds of facts.

Jill Grewcock was a clinical bed manager for Yale New Haven Health Services Corporation and was responsible for overseeing the admission, discharge and transfer of patients. When she returned to work after having a baby and was still nursing, she pumped in her office she shared with a colleague (who had no problem with the situation). Piper Brien, her supervisor at the hospital, was fine with this arrangement and even let her use her office at times when Grewcock’s office was not available.

But almost a year after Grewcock returned to work, the hospital decided to require that all nursing mothers use the hospital’s private lactation rooms. The email announcing this new policy explained that “[t]his is not an option, as it makes surrounding staff uncomfortable.” Grewcock complained a number of times to Beth Ciotti, the supervisor who had taken over for Brien. Ciotti said that someone had complained and there was nothing that could be done. Later that day, Grewcock complained to Brien. Brien told her not to worry and that she would arrange for someone to cover her calls while she was in the lactation room. Grewcock attempted to comply with the policy, but had a difficult time finding an available lactation room and also found that it negatively impacted her work, since she was away from her phone for these periods of time. She tried to utilize the hospital’s grievance procedure to address the issue, but was told this issue did not qualify for a grievance.

Grewcock continued to complain to members of management and the situation only worsened. At some point, the Director of HR told her that they had accommodated her breastfeeding long enough and it was time to return to business as usual. Grewcock did not always utilize the lactation room—and continued to sometimes use her office, leading to some loud arguments with both Ciotti and Brien and even resulting in Brien and Ciotti barging into her office unannounced to try to catch her pumping. When Grewcock was discovered pumping in a bathroom stall on one occasion by Brien, she was ordered out of the bathroom.

Grewcock continued to complain about the policy and her supervisors’ treatment of her. But then an incident occurred involving her brief viewing of some patient information that she theoretically had no need to access. Grewcock took the position that in her capacity as a clinical bed manager, she had reason to access any new patient’s information (a position supported by some colleagues), but the hospital disagreed and fired her. Grewcock ended up suing the hospital, claiming that she was discriminated against on the basis of her pregnancy, gender and familial status.

The court concluded that Grewcock should be treated as a protected class under Title VII and the PDA as a nursing mother, explaining that lactation is a pregnancy-related medical condition that qualifies for protection from discrimination. But the hospital sought summary judgment, pointing to the non-discriminatory reason for Grewcock’s termination (her accessing a patient’s chart without a bona fide business need). But the court found that there was a genuine issue of fact as to whether there was an inference of discrimination. After all, the tension between Grewcock and her supervisors had begun immediately after the enactment of the new policy. And Grewcock presented evidence that her access of the patient’s file was truly not out of line. In light of all of the facts, including the conduct of Grewcock’s supervisors, the court found that a reasonable jury could conclude that the hospital’s decision to fire Grewcock was substantially motivated by her nursing-related activity and the proffered reason given by the hospital was at best incomplete.

Even when you have what you believe to be an objective basis for termination separate and apart from any prior complaints of unfair treatment, you may find yourself in trouble if supervisors have treated an employee differently based upon a protected characteristic. If you implement a new rule that arguably adversely impacts those in a protected group, it is advisable to revisit the new rule and carefully consider whether accommodations should be made.