But It Was For Her Own Good—Is This a Defense to a Discrimination Claim? 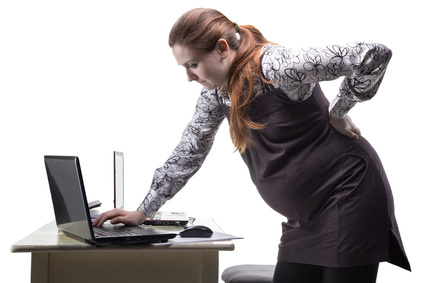 An employer finds out that a pregnant employee is considered high risk and so takes her off the schedule based on some concerns about her safety in the workplace. Is this discrimination?

Treating an employee differently because of her pregnancy is likely unlawful under the PDA, even if an employer’s intentions are arguably good. A federal court in Alabama recently denied an employer summary judgment in a case involving similar circumstances. Carter v. A & E Supported Living, Inc., Case No. 16-00574-N (S.D. Al. Nov. 29, 2017).

Corrine Carter was a nurse who was hired by A & E to work at one of its group homes for intellectually disabled individuals. In this job, Carter was responsible for helping the group home residents in a number of ways, including with bathing and dressing, general hygiene management, behavior management and household duties. The job involves some physical exertion and it is not totally uncommon for some of the residents to become physically aggressive towards staff because of their disabilities.

Carter was already pregnant when she began working for A & E, although A & E was not aware of her pregnancy (and it is unclear whether Carter herself even was). A & E learned of her pregnancy and the fact that it was considered high risk when Carter asked that certain training be scheduled during working hours because she often had doctor’s appointments in her off hours related to her high risk pregnancy. Two of A & E’s owners subsequently met with Carter and told her that management was concerned about her high risk pregnancy—and one of them specifically stated that she was worried that Carter was at risk of hurting herself or her unborn baby and also was worried about putting the residents of the facility at risk. Carter was told that she could work the third shift, but only if she could provide a doctor’s note saying that it was okay for her to perform her duties, so long as it was clear from the note that the doctor understood what Carter’s job involved from a physical standpoint.

When Carter brought A & E a letter simply stating that she did not have any medical restrictions and was medically able to maintain her current work schedule and job functions, A & E was not satisfied and asked that she provide more input from the doctor confirming that he was aware of Carter’s job duties. There is some dispute about what happened next and if Carter ever affirmatively asked to be placed back on the schedule, but ultimately, Carter was never returned to the schedule.

Carter claimed that A & E improperly discriminated against her based on her pregnancy. A & E moved for summary judgment, but the court denied the motion, finding that A & E had itself provided direct evidence of pregnancy discrimination by admitting that Carter was removed from the schedule because of her high risk pregnancy. As the court explained, the fact that A & E took this action “out of benevolent concern for the health and safety of Carter and her unborn child does not excuse the discriminatory nature of its actions.” .

It is difficult for some employers to recognize that even where they are doing what they think is in the best interest of an employee, if they are treating that employee differently based upon any protected characteristic, they could find themselves defending against a lawsuit. Neutrality and consistency in the application of policies and practices should always be the goal.