Can Setting Pay Based on Prior Salary Equal Discrimination? 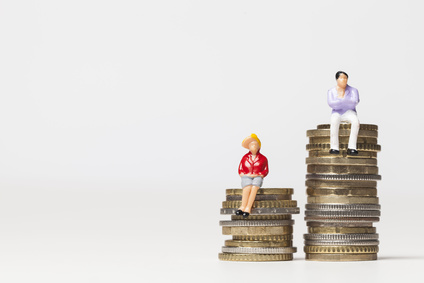 An employer sets new employees’ salaries partly based on what they were making previously. If this results in a female employee being paid less than a male employee in the same position, does this support a claim of discrimination?

Yes, this could result in liability under the Equal Pay Act, according to an en banc decision of the Ninth Circuit Court of Appeals earlier this month. Rizo v. Yovino, Case No. 16-15372 (9th Cir. April 9, 2018). The Ninth Circuit concluded that prior salary, whether alone or in combination with other factors, is not a sufficient justification for a wage differential between female and male employees.

Aileen Rizo was hired by the Fresno County Office of Education in October 2009. Before this, she had worked for Maricopa County, Arizona as a teacher. Fresno County determined what to pay Rizo using a standard operating procedure which dictated that a new hire’s salary would be determined by taking his or her prior salary, adding 5% and placing the new employee on the corresponding step of the county’s salary schedule. But this meant that Rizo ended up being placed at a lower salary than men who had been hired as math consultants after her. Rizo filed a lawsuit under the Equal Pay Act, Title VII, and some state anti-discrimination laws.

The County sought summary judgment as to Rizo’s claim under the Equal Pay Act, claiming that Rizo was only paid less than her male counterparts because of her prior salary and not her gender. The district court disagreed, finding that the County’s standard operating procedure necessarily conflicted with the Equal Pay Act. The Ninth Circuit agreed with the lower court.

In order to bring a claim under the Equal Pay Act, a plaintiff must show that her employer has paid male and female employees different wages for substantially equal work. But not all differentials in pay violate the Equal Pay Act—and, in fact, there are four statutory exceptions: (1) a senior system; (2) a merit system; (3) a system which measures earnings by quantity or quality of production; or (4) a differential based on any other factor than sex. 29 U.S.C. § 206(d)(1). The County’s claim was that the prior salary is a factor other than sex and thus it had an affirmative defense to Rizo’s claim, even though it was true she was paid less than her male counterparts.

But the Ninth Circuit found that “’any factor other than sex’ is limited to legitimate, job-related factors such as a prospective employee’s experience, educational background, ability or prior job performance.” Rizo at 12. Further, the Ninth Circuit explained, the primary purpose of the Equal Pay Act was to “eliminate long-existing ‘endemic’ sex-based wage disparities,” and thus it was “inconceivable” that Congress would have meant to create an exception for basing new hires’ salaries on those exact disparities.

To the extent that employers’ methods of setting pay are based on prior salary or wages, employers need to reevaluate and take into consideration that although they might think they are applying a gender-neutral policy, a court may very well disagree.