How Far Can You Go With Medical Inquiry of a Prospective Employee? 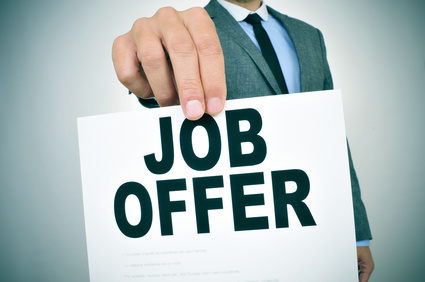 You have found a good candidate for an open position—the only thing between him and the job is a medical screening.  During the screening, you become aware that he had a back injury a few years ago and you are worried he can’t do the job, which is fairly physically demanding.  Can you require that he get an MRI to get more clarity on his condition?  And if he doesn’t get the MRI, can you take back the job offer?

If you do, you may face an ADA claim—particularly if your policy dictates that you treat the candidate’s failure to provide the requested test results as a rejection of the job offer.  EEOC v. BNSF Railway Co., Case No. C14-1488 (W.D. Wa. 2016). Earlier this month, a federal court granted the EEOC’s request for a permanent injunction against BNSF Railway, following its prior award of summary judgment to the EEOC on the grounds that BNSF had improperly discriminated against a job candidate under similar facts.

Russell Holt was a law enforcement officer who applied for a job with the railroad as a senior patrol officer, a job which involved similar responsibilities, powers, and certifications.  Four years before applying with the railroad, Holt suffered a back injury lifting weights—and discovered that he had a disc extrusion in his back.  He underwent a variety of treatments, but never missed any work because of the injury.

Holt was given a job offer by the railroad, conditioned upon his medical examination and criminal background check. Holt disclosed his back injury during the application process, but there was some uncertainty as to whether he did so entirely accurately (or at least as thoroughly as he could have).  But, Holt provided a letter from both his treating physician and his chiropractor.  Holt also was examined by the physician retained by the railroad’s medical contractor to evaluate prospective employees.  She basically cleared him for hire, although later claimed that had she better understood his condition she may have examined him more closely.  Based on all of the information provided, the railroad’s own medical officer determined that he didn’t have enough information to decide whether Holt could perform the job.  He wanted a current MRI to compare to the MRI taken at the time of the injury.

Hold tried to get the MRI, but his doctor would not approve it because it was not medically necessary-so he would have pay for the MRI out of pocket, which would have cost him around $2,000.  Holt told the railroad this, but the railroad would not waive the requirement.  The railroad ended up treating him as declining the position based upon his failure to provide the MRI.

The EEOC brought suit on behalf of Holt.  The railroad sought summary judgment—and one of its arguments was that the ADA specifically allows for this sort of request for further medical examination if that request is tied to issues revealed by the initial exam.  The railroad also argued that it did not decide not to hire Holt because of his disability because the record shows that he wasn’t actually substantially impaired—and that furthermore, it couldn’t have regarded him as disabled because it did not yet  know whether or not he was disabled (and, fact, were seeking more information about that very issue).

The court rejected the railway’s arguments and found that the EEOC was entitled to summary judgment.  While it is true that the EEOC’s own regulations and cases interpreting these regulations allow an employer to withdraw a conditional job offer, such a withdrawal has to be because a medical exam shows that an individual is not qualified for a position.  Here, however, there was an additional (and quite expensive) requirement imposed upon Holt that was not imposed upon others.

The court pointed out that the EEOC’s Enforcement Guidance states that employers may ask specific individuals for more medical information, including follow up exams, as long as they are medically related to the previously obtained medical information.  But, the court pointed out, that doesn’t address the issue of what happens if an employee is unable to or does not produce the requested information.  Here, Holt was required to get the MRI at his own cost in order to continue in the hiring process—this is not covered by the EEOC guidance.

Furthermore, the court rejected the railroad’s argument that it could not have regarded Holt as disabled because it did not know if he was or was not disabled.  The 2008 amendments to the ADA relaxed the “regarded-as” definition and an individual meets the requirement of being regarded as having an impairment if he or she establishes that he or she has been subjected to an action prohibited under the ADA because of an actual or perceived physical or mental impairment, whether or not the impairment limits or is perceived to limit a major life activity.  Because the railroad essentially stopped the hiring process because of information provided by Holt about his back injury, that was enough, regardless of the severity of his limitations.

Along with awarding summary judgment to the EEOC, the court also ended up issuing a permanent injunction based on its determination that the railroad had not demonstrated a likelihood that its discriminatory conduct would not continue.  As part of the injunction, the court ordered that in the future, if the railroad determines that additional medical information about an applicant is needed, it has to pay for it.  If it chooses not to pay for it, it has to decide whether the candidate is medically qualified based on the information it has (and cannot just say the information is incomplete).

Conditional job offer medical examinations can present challenges for employers—after all, employers are wary of employing someone who really can’t do the job.  At the same time, employers have to keep in mind that they may not be able to make a prospective employee with a medical condition jump through a bunch of hoops—unless they have a good reason and are willing to foot the bill.