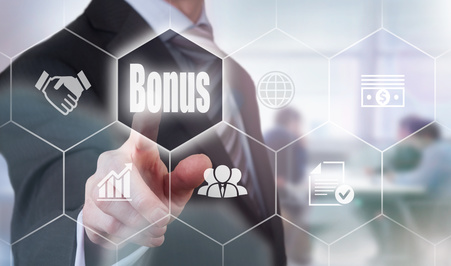 Following a mostly positive performance review, you tell an employee that he has earned a $10,000 bonus. The employee later seeks payment for the bonus. Ultimately, the employee is terminated before he is ever paid the bonus. Does he have a claim for wrongful discharge under Virginia law?

A Virginia Circuit Court recently found that this jilted employee would be able to assert such a claim. Blanchard v. Capital One Services, LLC, Case No. CL-2015-000069 (Fairfax County Circuit Court October 26, 2015). The general rule in Virginia is that employees are at-will and do not have a cause of action for wrongful discharge. But there is a narrow exception to this rule when the reason for the discharge violates public policy (these types of claims are called Bowman claims). There are three factual circumstances that can support a Bowman claim: (1) the employer violates a public policy enabling the exercise of an employee’s right created by statute; (2) the public policy violated by the employer is explicitly expressed in a statute and the employee is clearly a member of the class of people entitled to that protection; and (3) the employee is discharged because of his refusal to engage in a criminal act.

Here, the relevant law that the employee claimed gave him a cause of action was Virginia Code § 40.1-29, which requires that employees are paid all wages and salaries due him for work performed before termination. Previously, there were cases in which an employee was fired when he asserted claims to wages under this law and was not paid. But the employer in this case argued that this was a different scenario because this was a bonus and not actual wages.

Not so much, found the court. The Virginia statute gives employees the statutory right to wages and salaries, and given the assertion by the employee here that this was a performance-based bonus, if he was terminated for asserting a claim to it, such termination would be against public policy.

Much like with a retaliation claim, even if you can later show that there was a completely different reason for the termination (or even that the employee was not really entitled to the bonus, depending on the nature of the bonus), the employee may still be able to at least state a claim for wrongful discharge in this type of situation. And that can mean you will be required to defend against a claim that may seek damages well beyond the amount of the bonus, potentially even including emotional distress damages. Employers need to be mindful of this risk when communicating with employees regarding bonuses.