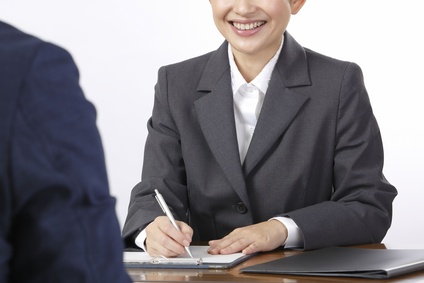 The United States Supreme Court heard argument this past week on this very issue in the case of EEOC v. Abercrombie & Fitch Stores, Inc., a case appealed from the Tenth Circuit Court of Appeals. Samantha Elauf was a teenager in Tulsa, Oklahoma who applied to work at an Abercrombie & Fitch store in 2008. Elauf, a Muslim, wore her headscarf (“hijab”) to the interview. Abercrombie has a “not hats” policy for sales associates and thus did not hire Elauf.

Of course, Title VII prohibits denying employment based on a religious practice, unless accommodating the practice would impose a substantial burden. The EEOC brought a lawsuit on Elauf’s behalf and won in federal district court, but then the Tenth Circuit reversed the decision, agreeing with Abercrombie’s argument that it was not required to give Elauf a religious accommodation because she had not specifically asked for one (basically never told Abercrombie that she wore her hijab for religious reasons).

Abercrombie has a “Look Policy” which is intended to promote and showcase the Abercrombie brand—and store managers are instructed not to assume facts about prospective employees in job interviews and not to ask questions about religion during interviews. Elauf wore a black hijab to her interview. During the course of her interview, she did not inform the manager that she was Muslim, never brought up the subject of her headscarf, and never indicated that she wore the headscarf for religious reasons and that she felt obligated to do so and so would need an accommodation to address the conflict between her practice and the clothing policy. During her interview, the manager gave Elauf a description of the dress requirements and Elauf did not indicate that she had any questions at the end of the interview. Ultimately, Elauf was not recommended for hire because of her headscarf.

When the EEOC brought suit on Elauf’s behalf under Title VII for failure to accommodate, one of the arguments made by Abercrombie in support of summary judgment was that Elauf had failed to inform it of a conflict between the “Look Policy” and her religious practices. The district court rejected this argument. However, the Tenth Circuit reversed, finding that Elauf had never informed Abercrombie before its hiring decision that her practice of wearing a headscarf was based on her religious beliefs and that because she felt religiously obliged to wear it, she needed an accommodation.

The United States Supreme Court heard argument on this case on February 25, 2015. The Court questioned Abercrombie’s lawyer about why Abercrombie could not outline its policies in this kind of interview and ask a candidate if it would be impossible to comply, thus prompting a further discussion regarding the need for religious accommodation. It will be interesting to see what the Court’s decision is—as employers are always walking the fine line of not wanting to ask questions that would unnecessarily relate to religion, but also wanting to make sure to avoid just this type of situation.