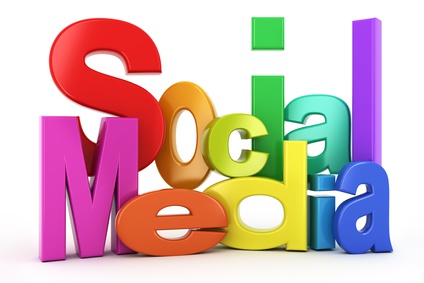 In today’s digital culture, employers are well advised to have social media policies which hopefully prevent employees from posting things that reflect poorly on the employer. But the question of how to apply some of these policies is unfamiliar territory. For example, how do you determine what kinds of comments warrant discipline? And how do you make sure you are imposing the same discipline for the same type of behavior? A TV station in Louisiana recently faced this very issue. A former reporter claimed that he was discriminated against when he was fired because of a comment he made on Facebook. He argued that other employees (of a different race and gender) were not fired even though they too had made some inappropriate comments. The district court recently denied the employer’s motion for summary judgment as to the discrimination claim, finding that the employee had presented enough evidence to go to trial on his race and gender discrimination claims. Redford v. KTBS, LLC, et al., Case No. 5:13cv3156 (September 28, 2015).

KTBS has a social media policy stating that when an employee sees complaints from viewers, he or she should not respond at all or if a response is given, to only direct the person to contact a particular individual designated to deal with these types of issues. In 2012, Redford, a white male working for KTBS as an on-air crime reporter, wrote “I get so damn tired of stupid people,” referring to a comment made by someone on a KTBS story. Shortly after, he was fired. On the same day that he was fired, a black female was also fired for violating the social media policy. She was also an on-air reporter who had responded at least three times to negative comments from viewers on the official KTBS Facebook page—but after each of her earlier violations of the social media policy, she had just received warnings. Also, a white female reporter was not disciplined in any manner when she responded negatively to a viewer’s comment on her personal Facebook page.

Redford ended up filing suit against KTBS and included in his lawsuit were claims that KTBS had discriminated against him in violation of Title VII and Section 1981 based on his race and sex. Of course, one of the components of a prima facie case of discrimination is a showing that a plaintiff was treated less favorably because of his membership in that protected class than other similarly situated employees who are not members of the protected class under nearly identical circumstances. KTBS argued that because the black female employee and white female employee were not proper comparators because their Facebook posts had used different words than Redford and thus that their actions were not “nearly identical.” The court disagreed. As the court explained, these two employees had the same job or responsibilities as Redford, had the same supervisor, and had basically the same violation histories. All of these employees “responded negatively to a viewer’s Facebook comment on a Facebook page” and the fact that Redford used profanity in his post was simply not enough to make it not identical conduct. Id., p. 13. Because Redford had presented evidence that these two employees outside his protected class engaged in similar conduct were not treated the same (one was given repeated warnings before being fired and one was not even disciplined), Redford had presented enough evidence to proceed to trial on his discrimination claims. Id., p. 15.

An issue that was not expressly addressed by the court at this point in the litigation was whether or not it matters that the comment by the plaintiff was made on his personal Facebook page and not the TV station’s page. This is an interesting issue and may depend on how the social media policy was drafted—after all, even if it is on his personal Facebook page, the comments of someone who clearly represents an employer like an on-air reporter do have a potential impact on an employer.