Can You Take Back a Job Offer if He Becomes a She? 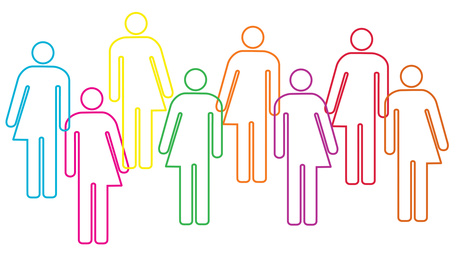 You are interviewing a number of candidates for a vacant position.  One particular candidate stands out and he seems like he will be the best fit.  After you offer him the job, he tells you that he is a transgender and will be presenting as a female by the time he begins to work. Can you rescind your job offer?

If you revoke your offer, you might face a Title VII claim.  Late last week, a federal court in Connecticut found that a plaintiff alleging discrimination under similar circumstances could go forward with her claim, despite the employer’s claim that Title VII does not prohibit discrimination on the basis of transgender status.  Fabian v. Hospital of Central Conn., No. 3:12-cv-1154 (D. Conn. March 18, 2016).

An orthopedic surgeon, with the assistance of a third party placement service for physicians, went to the Hospital of Central Connecticut to interview for an on-call surgeon position in the emergency department.  She had been assured that she had the job and that the interview was just a formality.  In fact, she had already signed a contract which included a start date and based upon this, she had sold her home and moved to the location of the hospital.  At the time of the interview, the surgeon was presenting as male and known as David Fabian.   During the interview, she disclosed that she was transitioning to female and she would begin work with the hospital as Deborah Fabian.  Fabian was ultimately not hired and filed suit against the hospital.

One of the claims asserted by Fabian was that the hospital had violated Title VII.  The claimed that there were other reasons why it did not hire Fabian, but that regardless, transgender status was not a protected status under Title VII.  The court disagreed.

As the court explained, the question is what it means to discriminate “because of  . . . sex” in violation of Title VII.  If an employer discriminates not against women as a group or men as a group, but instead against transgenders (both men and women) as a group, is that discrimination?  The court explained that the United States Supreme Court has not weighed in on this question and while some courts have held that gender identity is not protected under Title VII, “the weight of authority has begun to shift the other way . . .”  Fabian at 13.

As the Fabian court recognized, the Supreme Court has not yet tackled this issue. In the meantime, the same rationale underlying the EEOC’s recent lawsuits alleging discrimination on the basis of sexual orientation would apply to a claim that one’s transgender status is protected under Title VII.  Employees should be aware of the potential for this type of claim and tread carefully when provided information by an employee or prospective employee regarding his or her transgender status.