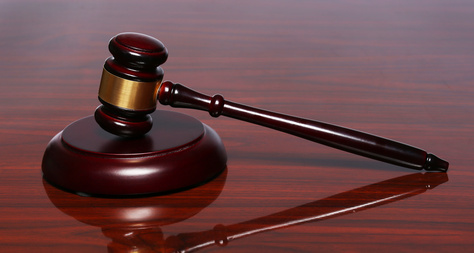 The Fourth Circuit Court of Appeals has not weighed in on whether there is a right to a jury trial under the Worker Adjustment and Retraining Notification Act (“WARN”). In a recent case in the Western District of Virginia, Judge James P. Jones ruled that there is no such right either created by statute or under Seventh Amendment. Creech, et al. v. Virginia Fuel Corporation, Case No. 2:14cv0006 (W.D. Va. November 24, 2014).

The WARN Act was enacted to protect workers by requiring most employers with 100 or more employees to provide notification of plant closings and mass layoff 60 days prior to such action occurring. An employer that violates the WARN Act is liable to each affected employee for back pay for each day of the violation and benefits under an employee benefit plan (including the cost of medical expenses incurred during the employment loss). 29 U.S.C. § 2104(a)(1). Additionally, the employer is subject to a civil penalty of up to $500 per day of violation. Id. § 2014(a)(3). There is a defense available to employers under the WARN Act—if the act or omission that violated the act was in good faith and the employer had reasonable grounds for believing that the act or omission was not a violation, the court may, in its discretion, reduce the amount of liability or the penalty. Id. § 2014(a)(4). The WARN Act specifically states that these penalties are the exclusive remedies and that federal courts cannot enjoin a plant closing or mass layoff. Id. § 2014(b).

Creech was a class action lawsuit under the WARN Act. The plaintiffs alleged that they were terminated without cause as a result of mass layoffs or plant closings without the required 60 days’ notice. The defendant filed a motion to strike the jury demand made by the plaintiffs.

In beginning its analysis of whether there was a right to a jury trial, the court noted that the only circuit court to have addressed the issue was the Sixth Circuit Court of Appeals in Bledsoe v. Emery Worldwide Airlines, Inc., 653 F.3d 836 (6th Cir. 2011), in which it held that there is no right to a jury trial under the WARN Act because its remedies are equitable in nature. Creech, p. 3. The Creech court then stated that it agreed that the WARN Act does not itself provide a statutory right to a jury trial and thus the question is whether the Seventh Amendment provides such a right under its guarantee of jury trials in suits at common law. Id., p. 4. As explained in Creech, this inquiry “turns on whether the claims at issue are legal or equitable—an inquiry that ‘requires examination of the nature of the issues involved and the remedies sought.’” Id., p. 5. In making this determination, the court has to compare the statutory action to 18th century actions in England before the merger of law and equity and then examine the remedy sought and determine if it is legal or equitable in nature (the second of these two considerations being most important). Id.

The court rejected the plaintiffs’ argument that a WARN Act claim is analogous to several actions at law that were recognized prior to the merger of law and equity such as breach of contract and wrongful termination. Id., p. 6. Instead, the court agreed with the Sixth Circuit that a better analogy was to a claim for breach of fiduciary duty, which is equitable in nature. Id., p. 7.

The court then turned toward the more important question of whether the WARN Act remedies are legal or equitable in nature. One of the remedies available is money damages in the form of back pay and benefits. However, although money damages are the traditional form of relief available in courts of law, monetary relief is not necessarily legal in nature. Id., p. 8. In fact, what the WARN Act is seeking to do restore the pay and benefits the employee should have gotten and thus “the WARN Act remedy is ‘designed to restore the status quo, a trademark indicium of equitable relief.’” Id., p. 9 (quoting Nelson v. Formed Fiber Technologies, 2012 WL 118490 at *5 (D. Me. 2012)).

Moreover, noted the Creech court, the court is allowed to reduce the liability of the employer based on a finding that the actions taken by the employer were in good faith. Id. “Such judicial discretion is a hallmark characteristic of an equitable remedy.” Id.

The Creech court also rejected the efforts of the plaintiffs to compare the WARN Act claims to claims under the FLSA and the FMLA, which also award back pay and benefits and have been interpreted as legal claims that entitle parties to jury trials. Unlike a WARN Act claim, “both the FLSA and FMLA provide for damages and equitable relief as distinctive categories of relief.” Id, p. 11. And, importantly, the discretion the judge has over the award in a FLSA and FMLA claim extends only to the liquidated damages and the court cannot reduce or vacate the underlying award. Id., p. 12. Therefore, explained the Creech court, unlike the FLSA and the FMLA, “the WARN Act remedies are equitable in their entirety.” Id. In light of this finding, the court concluded that there is no right to a jury trial under the WARN Act. Id.