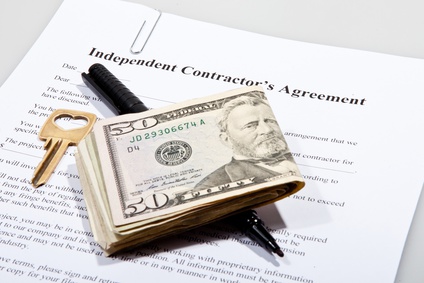 A private club enters into independent contractor agreements with a number of exotic dancers which state that they can choose the days they work, along with their dance routines and songs. The agreements also provide that the dancers keep all the tips they earn while performing and half of each “couch dance” fee collected. The dancers agree to pay the club certain fees for the ATM and jukebox. Are these dancers actually employees?

Yes, according to a recent decision from the Western District of Virginia. Foster, et al. v. Gold & Silver Private Club, Inc., et al, Civil Action No. 7:14-cv-00698 (December 8, 2015). The Gold & Silver Private Club in Roanoke, Virginia is a “social and recreation club” whose members “are bound together by an appreciation of artistic exotic dancing” (according to its application for membership). Dancers at the club are required to enter into agreements which clearly state that the dancers are independent contractors, that they are free to choose their own days to work, costumes, songs and dance routines. The dancers agree to work full shifts. The contract states that the dancer will keep all tips paid during her performance and half of any fee paid for a “couch dance” (determined by the club) and that the dancer will pay certain fees for the ATM and the jukebox, along with other fines that may be assessed.

In fact, the club assessed fines against some of the dances for leaving work early. Also, the dancers were prohibited from consuming alcohol and drugs and allowing any significant others in the club.

The district court agreed with the plaintiffs, finding that the dancers are employees as a matter of law and granting summary judgment as to this issue.

The court applied the six factor test known as the economic realities test and found that the economic reality was that the dancers were not in business for themselves, but were economically dependent on the club. First, the club exerted significant control over the dancers-setting the fee that was charged for the couch dances, requiring the dancers to pay certain fees, requiring dancers to work full shifts and fining them for leaving early, and prohibiting them from using drugs or alcohol and limiting who was allowed to come to the club. Second, the dancers really do not have the opportunity for profit or loss—the club controlled of customers which really controlled the opportunity for profit. Third, the dancers did not have a high level of investment in the business compared to the club’s investment, amounting to providing their own costumers versus the club’s responsibility for the buildings and furnishings. Fourth, there is no special skill required to be an exotic dancer. The fifth factor (the permanency of the working relationship) weighed in favor of an independent contractor relationship as there was a definitive lack of permanence in the relationship and some of the dancers worked elsewhere at the same time. However, However, the court found that the sixth factor, whether the services provided by the worker are integral to the business of the potential employer, also supported an employment relationship, as the presence of the dancers was essential to the existence of the club. Overall, then, the consideration of these factors led to the conclusion that the dancers were employees, despite the fact that they had signed an agreement saying otherwise.

What does this mean? The dancers would be entitled to minimum wage for the hours they worked, along with overtime to the extent they worked more than 40 hours in a week. Additionally, this conclusion could have other consequences for the club, including tax consequences and related to other benefits provided by the club to employees. Independent contractor misclassification is a hot topic and a common focus of DOL investigations. Just because an agreement purports to establish an independent contractor relationship does not make it so. Employers are well advised to take a careful look at any independent contractor arrangements to insure they are properly classifying workers under the law.