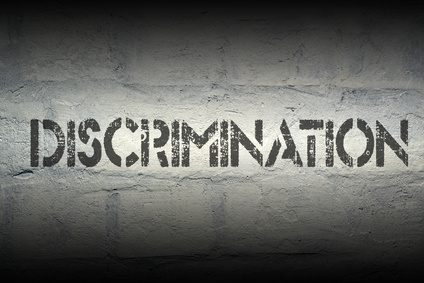 You have an employee that frequently wears a shirt displaying the “Don’t Tread on Me” (also known as the Gadsden flag).  Another employee complains of discrimination, claiming that this symbol is creating a hostile work environment.  Could this really be a claim?

Possibly.  In June, the EEOC ordered the United States Postal Service to investigate similar allegations on the grounds that the complaint at least met the legal standard to state a claim under Title VII.  Complainant v. U.S. Postal Service, EEOC Request No. 0520140441 (June 3, 2016). The complaining party was an employee of the US Postal Service.  One of his coworkers regularly wore a hat to work with the insignia of the Gadsden Flag, with the coiled snake and phrase “Don’t Tread on Me.”  The employee’s claim was that this was racially offensive to African Americans because the flag was designed by Christopher Gadsden, a slave trader and owner of slaves.  The employee said he complained to management about the hat and although management told him the other employee would be told not to wear the hat, he kept wearing it.  The postal service dismissed the complaint asserted by the employee on the grounds that he had not stated a claim for discrimination under Title VII.

The EEOC initially found that the postal service had improperly dismissed the complaint because the allegations constituted a cognizable claim, pointing to a prior decision in which it was found that management’s failure to stop employees from wearing t-shirts featuring the Confederate flag supported a claim for racial and retaliatory harassment.  The postal service then asked for reconsideration, arguing that the Gadsden flag and the “Don’t Tread on Me” phrase do not have any racial connotations and that it was entirely distinguishable from the Confederate flag.

The EEOC ended up determining that the employee had at least stated a claim, although specifically said that it was not judging the merits of the claim.  The EEOC explained that “whatever the historic origins and meaning of the symbol, it also has since been sometimes interpreted to convey racially-tinged messages in some contexts,” citing a prior occurrence where a white supremacists group had draped the bodies of two murdered police officers with the Gadsden flag and a complaint asserted by African American firefighters about the presence of the Gadsden flag in the workplace as racially insensitive.  The complaining employee had ascribed racial connotations to the flag and because it is “sometimes displayed in racially-tinged situations,” there was some ambiguity to the symbol and the claim of the employee must at least be investigated.

Recently, the EEOC issued a statement about its decision in this matter, explaining that this decision only addressed the procedural question of whether the employee’s allegations of discrimination should be investigated.  There was no decision that the Gadsden flag is racist or discriminatory, nor did the EEOC determine that it must be banned.  However, it is still notable that the EEOC has taken the position that the complaint must be investigated merely based on what is seemingly a tenuous connection to specific racially-motivated incidents.