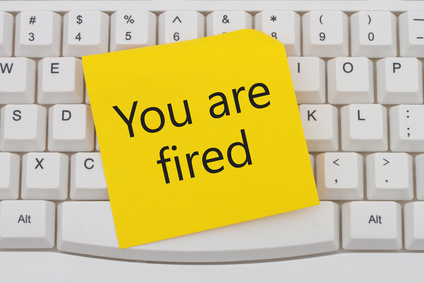 One of your supervisors reports that another employee has been sexually harassing several women working under him. Your HR director interviews each of these women and none back up this story. You then terminate the reporting supervisor based on her false report. Is this retaliation in violation of Title VII?

As long as the conclusion that the report was false is genuine and supported by a thorough investigation, you are probably in good shape. The Fourth Circuit recently affirmed the lower court’s decision to grant summary judgment to an employer in a case involving similar facts. Villa v. Cavamezze Grill, LLC, et al., Case No. 15-2543 (4th Cir. June 7, 2017).

Patricia Villa was a manager at a restaurant called Mosaic, one of several in a restaurant group owned by Cavamezze Grill. Villa reported to the general manager, Marcelo Butron. About a year after Villa had been working there, she called the Director of Operations for the restaurant group and told him that two different employees had told her that Butron, the general manager, had offered to give them a raise in exchange for sex. After informing the CEO of this report, the Director of Operations launched an investigation. But both women who had been identified by Villa as the victims of the sexual harassment refuted these allegations and denied telling Villa about any sexual harassment.

Based on all of this, the Director of Operations concluded that Villa had made a false report and fired her. Villa then filed a retaliation claim, arguing that she had been unlawfully terminated for engaging in protected activity (reporting the sexual harassment). During litigation, it came out that one of the female employees had, in fact, told Villa that the general manager had offered her sex in exchange for a raise (although the harassment had never actually happened). But the employer moved for summary judgment, arguing that even if it was wrong in concluding that Villa’s report was fabricated, that conclusion was still its reason (albeit wrong) and thus there was no basis for a retaliation claim because there was no discriminatory animus.

The district court agreed with the employer and granted it summary judgment. And the Fourth Circuit affirmed. As the Fourth Circuit explained, Title VII requires proof that the desire to retaliate was the but-for cause of the challenged employment action. And if an employer did not know that an employee had engaged in protected conduct because the employer made a genuine error in concluding that someone had made a false report, the employer would not be found to have acted out of a desire to retaliate.

The situation would have been different if the employer had fired an employee who had made a charge, testified or participated in an investigation, hearing or proceeding under Title VII based on a decision that the claim was fabricated. Courts have found that false statements made in the context of an employee making an EEOC charge (so under the participation clause) are protected and should not be grounds for dismissal or disciplinary action. But the protection afforded to employees for “opposing” unlawful conduct like Villa is different. The bottom line is that because the employer’s investigation led it to conclude in good faith that the employee at issue had fabricated her report, its reason was necessarily not retaliatory and not a basis for a Title VII claim.