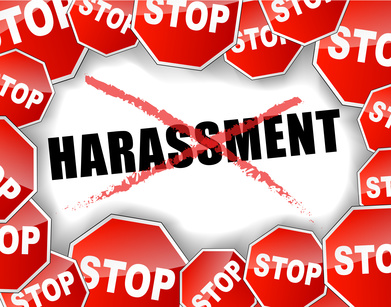 During the interview of a prospective new employee, one of your male supervisors comments on a female employee’s attractiveness.  After the employee is hired, the same supervisor repeatedly and frequently comments on the employee’s appearance and attire.  The supervisor then begins calling her a Jezebel.   She quits, citing the problem with the supervisor as the reason. Could you be facing a claim of hostile work environment?

Lisa McKinley was employed by the Salvation Army for only about eight months as a case worker.  During her interview for the job, Michael Moffitt, the director of one of the homeless shelters run by The Salvation Army, made a number of comments about her appearance, including how attractive she was and questioning her how she would handle men that may come on to her.  After she got the job, Moffitt continued to make comments about how attractive she was, how great she looked, and how much he loved her perfume or attire.  McKinley told him to stop making these comments, but he persisted and on a daily basis.  Not only did Moffitt make these sort of comments, but essentially suggesting that the two have a relationship (even though he was married).  At some point, he started calling her Jezebel—to the point that other employees and clients started calling her that as well.  One morning, after Moffitt called her Jezebel again and told her he was going to have to fire her, McKinley asked him why he was calling her that and he told her that it was because a Jezebel creates havoc and is a whore-type person that puts spells on people.

McKinley ended up resigning, despite the Salvation Army’s discipline of Moffitt and implementation of a corrective action plan whereby she would not have to work with Moffitt.  Ultimately, McKinley filed a lawsuit, alleging that she was constructively discharged and that she was subjected to a hostile work environment in violation of Title VII.

The court found that the Salvation Army was entitled to summary judgment on McKinley’s claim that she was constructively discharged, particularly in light of the fact that the Salvation Army took prompt remedial action.  But the court did find that McKinley had sufficiently made a case of hostile work environment to go to a jury.  The Salvation Army argued that the harassment was not so severe or pervasive so as to later the conditions of her employment and create an abusive or hostile atmosphere.  The court disagreed, explaining that harassment does not have to involve touching or be physically threatening in order to be actionable.  The constant comments from Moffitt, some of which painted McKinley in a sexually demeaning light, could support a finding that the conduct was sufficiently pervasive or severe and that there were facts indicating that McKinley had sufficiently reported the problematic conduct.

Here, the Salvation Army took swift action when McKinley told them she was resigning because of the conduct.  But the bottom line was that there was at least some evidence that she had complained about the conduct previously, yet nothing was done.  Even where sexual harassment does not involve any touching, if it is persistent and sufficiently offensive, employers must still pay attention and take action when they first become aware to avoid this type of claim.