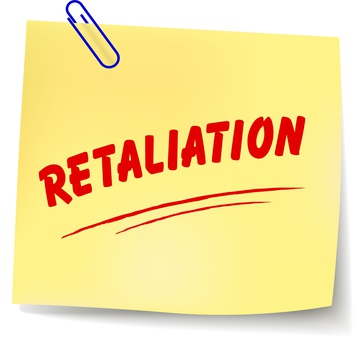 An employee lodges a number of complaints against a certain supervisor, claiming that he has made some offensive and inappropriate remarks of a sexual nature.  You interview some of the other employees who were purportedly present when these statements were made and none of them back up the complaining employee’s story. The supervisor also denies making the statements. You terminate the employee who made the complaints on the grounds that she has intentionally falsified a claim of harassment, in violation of your anti-harassment policy.  Can you face a claim of retaliation?

Perhaps so-or at least the EEOC might think so.  Last week, the EEOC filed suit against an automotive company in federal court in Tennessee, claiming that it had retaliated against an employee in violation of Title VII by firing her based on falsifying a claim of harassment.  EEOC v. HP Pelzer Automotive Systems, Inc., Case No. 1:17-cv-0031.

According to the complaint, Estela Black was hired as a production operator for HP Pelzer at one of its manufacturing facilities.  Both during her new hire orientation and a meeting only a few weeks later, HP Pelzer’s HR Manager made a number of offensive comments to Black, including suggesting that she drop her pants so she could be an example of the type of revealing pants not to wear and stating that women only understand when they are yelled at.  The EEOC asserts that Black reported these incidents to her supervisor, who originally took no action based on the complaints, and then the COO of the company.    The COO directed the plant manager to investigate the complaints. When the plant manager interviewed the two other employees who Black said had witnessed the offensive statements, neither recalled hearing what Black reported. Additionally, the HR manager denied making the statements.  Based on all of this, the HR Director told the plant manager to terminate Black without any further discussion with her, concluding that she had violated HP Pelzer’s policy by falsifying a claim of harassment.

The gist of the EEOC’s lawsuit is that HP Pelzer unlawfully retaliated against Black because of her opposition to its discriminatory practices by firing her under these circumstances.

Of course, this case is in the very early stages and it is hard to say what the outcome will be.  However, it illustrates the issue of the possible danger in implementing a policy whereby employees are subjected to discipline based on anything to do with complaints of harassment or discrimination. Employers must exercise extreme caution in taking this kind of action, as despite their intentions, they may find themselves facing a retaliation charge.