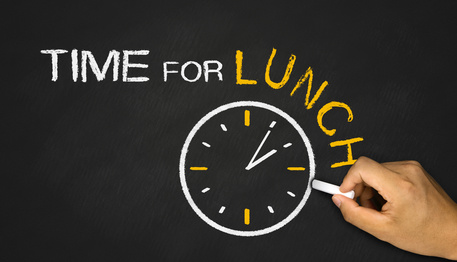 Generally, employers feel pretty comfortable considering a thirty minute meal break non-compensable under the FLSA, as long as workers are not required to perform any work duties during that time. But what if the workers have to travel to get to where they can eat? Can that travel time end up making the meal break compensable? Earlier this week, the Fifth Circuit decided it might. Naylor, et al. v. Securiguard, Inc., et al., Case. No. 14-60637 (5th Cir. 2015).

Securiguard contracted with the Navy to provide guards for gate at Naval Air Station Meridian. The guards worked eight hour shifts with two thirty-minute meal breaks. But there was a catch—because Securiguard did not want the Navy to think their guards were slacking off, they did not want guards to spend their meal breaks at their designate gates, but instead had to go to designated break areas. Depending on which the gate at which a guard was stationed, the break areas were as little as a few yards or an eleven or twelve minute round trip drive away. During the drive to and from the break area, the guards could not eat, drink, smoke, or talk on their cell phones.

Of course, under the FLSA, rest breaks are short periods of time (5-20 minutes) which “promote the efficiency of the employee” and must be counted as hours worked (29 C.F.R. § 785.18) whereas bona fide meal periods are not worktime and “[o]rdinarily 30 minutes or more is long enough for a bona fide meal period.” (29 C.F.R. § 785.19). The time is the key factor and as the Fifth Circuit explained, “[t]he reason for the temporal distinction is that a shorter break is deemed to predominately benefit the employer by giving the company a reenergized employee.” Id., p. 5. The guards claimed that the mandated travel time made shortened the meal breaks into compensable rest breaks.

Although the district court rejected the guards’ argument, the Fifth Circuit found it had merit at least for those claims related to timed worked at certain gates involving longer travel time.  The district court concluded that the guards predominately benefited from the meal break despite being required to spend a significant amount of time driving away from their duty station. The Fifth Circuit disagreed, explaining that according to the guards’ evidence, they could not use over a third of the meal periods for their own purposes. Id., p. 8. “A requirement that deprives the employee of the opportunity to eat during 40% of a thirty-minute break thus strike at the heart of what we and other courts have recognized as the most important consideration: an employee’s ability to use the time ‘for his or her own purposes.’” Id., p. 10.

The lesson here is to be careful about requiring employees to go elsewhere for meal breaks—if the destination is too far away, you may find yourself having to pay for these meal breaks.