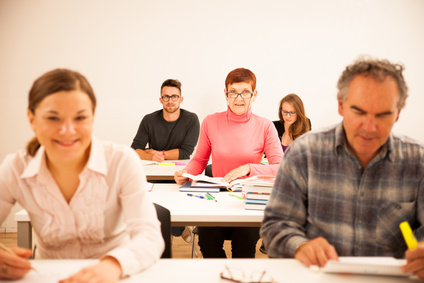 You have a new business that will require a number of employees with a particular skill set. You find a way to get a local community college to offer a free training course focused on this particular skill.  At the conclusion of the course, you open for business.  Can the employees make a claim that they should have been paid for the time spent learning the skill at the community college?

Shortly after the legalization of gambling in Maryland, PPE Casino found itself in great need of dealers for its live table games like blackjack, poker, craps and roulette.  Given that there wasn’t a big pool of eligible dealers with knowledge as to how the specific way the casino wanted to run its tables, the casino joined efforts with a local community college and developed a free training course specifically intended to develop the skills needed for these dealers.  When advertising employment opportunities for the table game dealers, the casino provided information about this “dealer school.”  The casino then picked about 830 of those that had applied to be dealers and gave them the chance to attend the dealer school.  The plan was that the dealer school would conclude just prior to the casino’s opening of its live table games.

The dealer school was run completely by the casino—it provided all of the instruction and course materials and the attendees never had any occasion to interact with anyone from the community college.  Additionally, as a part of the dealer school, the attendees completed employment forms and had to submit to a drug test and other pre-employment types of screening.

A primary question in a case like this is whether the training at issue primarily benefited the employer or the employee.  Here, the casino argued that the trainees had failed to show that the primary beneficiary of their attendance at the training was the casino and not themselves.  Although the district court had granted the casino’s motion to dismiss on this basis, the Fourth Circuit disagreed.

The trainees alleged that the casino received a very large benefit from the training—a huge workforce of 830 dealers trained to operate the table games in the exact way the casino wanted.  And, because the training was designed around the casino’s specifications, it was not even transferable to work in other casinos.  The trainees also asserted that the sole purpose of the dealer school was to hire the exact number of dealers needed—and so arguably was set up in a way to avoid paying minimum wage.  Finally, the trainees pointed to the fact that some participants were actually paid for the last two days of the school, when there was no evidence distinguishing these last two days from the rest of the training period.

In light of all of these facts, the court concluded that the trainees had at least stated enough of a claim to go forward with their lawsuit.

Whether to pay employees for training can be a sticky question.  No matter how crafty an employer is in setting up a training course, it really comes down to a question of who is actually receiving the benefit.  If the training is specific to an employer’s needs, the employer is going to have a hard time showing that time spent receiving this training should not be compensated.