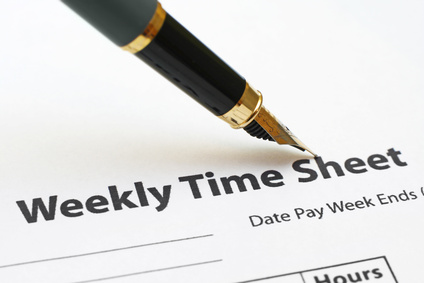 The Second Circuit Court of Appeals affirmed the district court’s award of summary judgment to KPMG LLP in the case of Pippins v. KPMG LLP, No. 13-889 (2d Cir. July 22, 2014), agreeing that because the plaintiffs were employed as accountants in a field of advanced science and learning, deployed knowledge customarily acquired by a prolonged course of specialized education and exercised independent professional discretion and judgment, they were properly classified as exempt under the Fair Labor Standards Act (“FLSA”). Although the plaintiffs argued that they were mere audit associates who performed only entry-level accounting tasks which were specifically circumscribed by their employer, the Second Circuit rejected this argument and found that these employees qualified for the learned professionals exemption.

The plaintiffs were audit associates employed by KPMG. They asserted claims under the FLSA, claiming that they worked more than forty hours per week and were not paid overtime as required by the FLSA. KPMG took the position that as accountants, the plaintiffs qualified for the learned professional exemption under the FLSA and thus not entitled to overtime. The district court agreed with KPMG that the exemption applied and granted KPMG summary judgment. The plaintiffs appealed.

One of the white collar exemptions under the FLSA is the learned professional exemption. This exemption requires that the worker’s “primary duty be the performance of work requiring advanced knowledge in a field of science or learning customarily acquired by a prolonged course of specialized intellectual instruction.” 29 C.F.R. § 541.301(a). The regulations set forth a three-pronged test to determine whether the exemption applies: (1) the work must be predominantly intellectual in character and require the consistent exercise of discretion and judgment; (2) the work must be in a field of science and learning, including accounting; and (3) the work must be of a type where specialized academic training is a standard prerequisite for entrance into the profession. 29 C.F.R. § 541.301(b-d). As the Second Circuit pointed out, the exemptions under the FLSA are to be “narrowly construed against the employers seeking to assert them.” Pippins, p. 6 (quoting Bilyou v. Dutchess Beer Distribs., Inc., 300 F.3d 217, 222 (2d Cir. 2002)).

KPMG and the plaintiffs agreed that the audit associates are the most junior members of their teams and that they perform audit tasks of the lowest level, receive a good deal of instruction and supervision from more senior members of the team, and that their contributions to audits are reviewed and processed by more senior members. Although the plaintiffs and KPMG also agreed on what the educational requirements were for the job of audit associate, the parties disputed the extent to which the training or the work actually performed by the audit associates was based on or required the educational background possessed by those hired.

The Second Circuit determined that the duties of the audit associates satisfied the advanced knowledge requirement of the learned professional exemption. First, because the regulation specifically identifies certified public accounts and those performing similar job duties as learned professionals, if the audit associates worked in such a capacity, the Court found that there was “little doubt” that the work was predominantly intellectual for the purposes of the exemption. Pippins, p. 11. However, the plaintiffs contended that their work is merely routine and that they do not exercise the type of discretion and judgment called for by the exemption. The Second Circuit discussed the fact that the “discretion and judgment” required by the professional exemption is different than that required by the administrative exemption-and that, in fact, the standard is less stringent in the context of the professional exemption. Id., pp. 13-14 Furthermore, the fact that the audit associates spent some of their time on nonjudgmental or clerical and administrative tasks does not mean the professional exemption is inapplicable. Pippins, p. 18. Additionally, “workers may be found to exercise professional judgment even when their discretion in performing their core duties is constrained by formal guidelines, or when ultimate judgment is deferred to higher authorities.” Id.

Because the regulations define accounting as having a sufficiently intellectual character to qualify as a learned profession, the Second Circuit found that there was little question as to this issue. Further, the Second Circuit explained, “the ‘professional skepticism’ indicative of the profession of accounting consists of a substantive attention to, and awareness of, the content of audit and financial materials, and the duty and ability to identify irregularities therein.” Id., p. 22.

As to the actual work performed by the audit associates, the plaintiffs argued that their work was “devoid of specialized skill or knowledge” and that the instructions from KPMB “reduce[d] any complex task to routine increments.” Id., p. 24. Further, they argued, they relied heavily on computer templates and programs providing guidance on the audit steps.

However, the Second Circuit found that the facts demonstrate that the audit associates do exercise judgment of the type characteristic of a trained accountant—pointing out that at times, the audit associates were the only members of a team present for a particular inventory observation and that in a small number of cases, even first year associates were in charge of the overall audit. Id., pp. 25-26. Additionally, pointed out the Court, “a review of their more typical tasks reveals that they regularly rely on advanced knowledge of accountancy, and practice the judgment and discretion characteristic of their profession.” Id. Further,

Plaintiffs’ effort to characterize their work as not employing advanced knowledge because each specific step taken in the performance of accounting duties was, in isolation, a narrow and discrete task fails to persuade. The tasks performed by Audit Associates are the quintessential activities that form the basis for an audit opinion, KPMG’s main product. That the tasks can be broken down into component parts, and that junior accountants are provided with step-by-step instructions for performing their functions effectively does not mean that in performing these tasks Audit Associates do not demonstrate the professional skepticism and trained intellect that is characteristic of trained accountants.

Id., pp. 27-28. “Plaintiffs’ fundamental error is to confuse being an entry-level member of a profession with not being a professional at all.” Id., p. 29.

Finally, as to the requirement of prolonged course of specialized intellectual instruction, the plaintiffs argued that while their core accounting education might be helpful, it was not actually necessary and they learned through on-the-job training and instruction provided by KPMG. The Second Circuit pointed out that the audit associates hired by KPMB were required to be either eligible or nearly eligible to become CPAs and that the vast majority of the audit associate required a prolonged, specialized education to fulfill their role as accountants. Id., p. 37. And because the Court had already found that they exercise discretion and judgment characteristic of the learned profession, the Court concluded that they did not receive this training just from the brief training period with KPMG, but that they received it through a prolonged course of specialized instruction. Id., pp. 40-41.

Because the Second Circuit determined that the audit associates satisfied all three prongs of the learned professional exemption, they were not entitled to overtime under the FLSA and the district court’s award of summary judgment to KPMB was affirmed.