Failing to Keep Time Records Can Come Back to Bite You 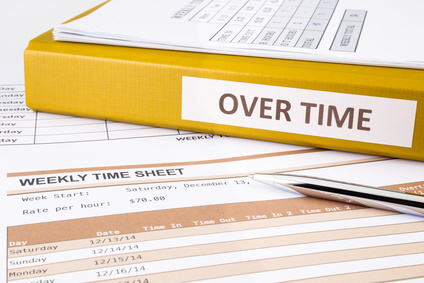 An employer treats all employees it calls “managers” as exempt under the FLSA and so does not keep any time records for them.  If these employees later bring an action for unpaid overtime and a court agrees they were improperly classified as exempt, how could the employer’s inability to produce time records affect the case?

Possibly in more ways than one.  First, it may mean that the court accepts the employees’ version of how many hours they worked and additionally, it may result in an extension of the statute of limitations and an award of liquidated damages, as illustrated in a recent case decided by a federal court in the Alexandria Division of the Eastern District of Virginia.  Riggle, et al. v. The Revolution Darts and Billiards-Centerville, LLC, et al., Case No. 1:17-cv-00792 (March 30, 2018).

Catherine Riggle and Elise Minnick worked at pool halls owned by the defendants as bartenders, shift leaders and cocktail waitresses.  Generally, they were both paid by the hour, although there was a time period when Riggle was paid a salary.  Riggle and Minnick regularly worked over forty hours a week but never were paid overtime.  They brought a lawsuit and ended up seeking summary judgment.

The defendants essentially acknowledged that they knew about the recordkeeping and timekeeping requirements of the FLSA, but could not produce any time records for these employees, only summary spreadsheets showing total hours worked each two week pay period.  The court found that their failure to maintain proper records (when they knew about the requirements) constituted reckless disregard as to whether they were violating the FLSA and so the three year statute of limitations applied (meaning they could potentially claim three years worth of unpaid overtime).

The defendants also argued that Riggle and Minnick were exempt from overtime requirements because they were managers.  But the court disagreed, finding that neither qualified for the administrative or executive exemption, both because they were not regularly paid on a salary basis nor met the other requirements for these exemptions.  Additionally, because the employer had not been able to produce accurate timekeeping records to show how many shifts the plaintiffs worked and at what rates, the court took the plaintiffs’ evidence of the amount of unpaid time as unrebutted.   Additionally, the court awarded the plaintiffs liquidated damages and attorneys’ fees .

If there is any question as to whether an FLSA exemption applies, it is critical that an employer protect itself by keeping accurate time records. Not only will it help the employer dispute any claims about how much overtime was possibly worked, but can also limit the amount of time for which a potentially misclassified employee can claim damages.