Posted in Other, Social Media 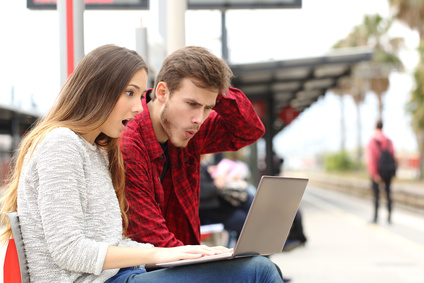 If an employee posts nasty complaints about my company or supervisors on Facebook or another social media site, can’t I fire him?

Not necessarily. If the complaints can be categorized as concerted activity, the employees may be protected from being disciplined for this type of conduct. In a recent case, the Second Circuit Court of Appeals upheld the decision of the NLRB finding that a restaurant had violated the NLRA (National Labor Relations Act) by firing two employees who complained about the employer on Facebook. Three D, LLC d/b/a Triple Play Sports Bar and Grille v. NLRB, No. 14-3284 (2d Cir. October 21, 2015). Section 7 of the NLRA protects the rights of employees (including non-union employees) to self-organize and join labor organizations and engage in concerted activities for the purpose of “mutual aid or protection” (29 U.S.C. § 157) and Section 8 prohibits employers from interfering with, restraining or coercing employees in the exercise of these rights (29 U.S.C. § 158(a)(1)).

In this case, two employees of Triple Play, a server/bartender and a cook, were fired based on Facebook activity that followed some concerns raised at the restaurant about tax withholdings. Jamie LaFrance, a former Triple Play employee, posted a comment on his Facebook page—“Maybe someone should do the owners of Triple Play a favor and buy it from them. They can’t even do the tax paperwork correctly. Now I OWE the money . . . Wtf!!!” A number of people, including a Triple Play customer and other former and current Triple Play employees, commented on this post and LaFrance himself further commented, including identifying one of the owners by name and stating that he “f[]ed up the paperwork . . . as per usual.” Jillian Sanzone, a server and bartender at Triple Play, commented “I owe too. Such an a[]hole.” Vincent Spinella, a cook at the restaurant, “liked” the initial comment. Ultimately, both Sanzone and Spinella were fired because of this exchange.

The NLRB determined that Sanzone and Spinella were engaged in concerted activity under Section 7 of the NLRA when they participated in the discussion on LaFrance’s Facebook wall—because it involved four current employees and was part of an ongoing discussion that began in the workplace about employees’ tax withholdings. The question then was whether the activity was so disloyal or defamatory so as to lose the protection of the NLRA. The NLRB—and the Second Circuit—found that it was not. One of the arguments made by the employer was that the fact that the Facebook activity contained obscenities meant that it was not protected, pointing to a prior case finding that the protection was lost when obscenities were spoken in front of customers. But the NLRB disagreed and the Second Circuit found that “the Board’s decision that the Facebook activity at issue here did not lose the protection of the Act simply because it contained obscenities viewed by customers accords with the reality of modern-day social media use.” Id., p. 8. The court also found that the comments were not made to disparage the restaurant or undermine its reputation, but clearly were about an ongoing labor dispute. Finally, the court found that the restaurant’s internet/blogging policy was overly broad.

Other circuits may not agree with the Second Circuit’s decision in this case. However, the implications of this kind of ruling are far-reaching. Employers have to be sure to have an enforceable (and not overly broad) social media policy in place. But they also have to exercise caution in taking action based on any employee actions taken via social media. To the extent that the complaints have to do with wages or taxes or actual labor disputes, employees are going to have an argument that they are protected under the NLRA. Employers are well advised to be careful about taking action against employees in these situations.