Posted in Employment Policies and Compliance 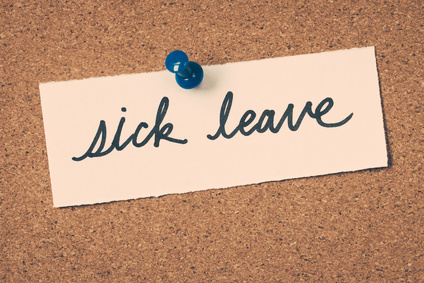 Your company does jobs for the federal government. You don’t currently provide employees with sick leave. Will you be required to change this practice?

As most employers are aware, in September 2015, President Obama signed Executive Order 13706 which addressed paid sick leave for federal contractors. Basically, the Executive Order requires certain government contractors to provide employees with up to seven days of paid sick leave on an annual basis, including for family care and absences resulting from domestic violence, sexual assault, and stalking. The Department of Labor (“DOL”) was required to issue regulations implementing the Executive Order by September 30, 2016. Last week, the DOL published a Notice of Proposed Rulemaking—outlining the proposed terms of its regulations effectuating President Obama’s order related to paid sick leave.

Under the proposed rule, there would be four categories of government contracts that would trigger these paid sick leave obligations—procurement contracts for construction covered by the Davis-Bacon Act, service contracts covered by the McNamara-O’Hara Service Contract Act, concessions of contracts (including those excluded from the McNamara-O’Hara Service Contract Act by the DOL’s regulations), and contracts in connection with federal property or lands and related to offering services for federal employees, their dependents or the general public.

The proposed rule would apply to any person working in connection with a contract covered by the Executive Order whose wages are governed by the McNamara-O’Hare Service Contract Act, the Davis-Bacon Act, or the Fair Labor Standards Act (including those who qualify for an exemption under the FLSA). There is a small exception for employees who perform duties necessary to the contract but not directly engaged in performing the specific work called for by the contract and who spend less than 20% of their time performing work related to this type off contract.

Under the proposed rule, employees of the covered government contractors would have to accrue not less than one hour of paid sick leave for each thirty hours worked—or these employers can give employees at least 56 hours of paid sick leave at the beginning of each accrual year. The proposed rule suggests giving employers the opportunity to limit the amount of sick leave that can accrue to 56 hours-but the employees have to be able to carry it over from one year to the next. Also, if an employee leaves and then is rehired, the employer has to reinstate that employee’s accrued sick leave. Employers won’t be required to pay employees for accrued sick leave at the time of a job separation.

The proposed rule also provides clarification regarding the uses of paid sick leave and the required documentation related to it and an avenue of complaint to the Wage and Hour Division of the DOL.

This proposed rule has a fairly wide reach as far as government contractors. Even though this rule has not yet been finalized (and is still subject to comment), government contractors that do not currently offer their employees paid sick leave are well advised to begin considering the impact of this type of regulation or rule on their respective businesses.