Your Customer List May not be as Protected as You Think 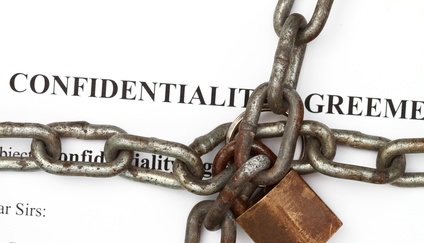 A sales rep quits and goes to work for a competitor. Naturally, you had him sign both a noncompete and a confidentiality agreement when he first came to work for you. So can’t you stop him from using any customer and pricing information?

You might be able to—but maybe not immediately, depending on the nature of the information you are trying to protect. A Virginia Circuit Court recently denied a company’s motion for a temporary injunction seeking, among other things, to prevent a former employee from competing with it and using what it claimed was trade secrets contained in its database, including customer and pricing information. SanAir Technologies Laboratory, Inc. v. Burrington, et al., Case No. CL15-1612 (Chesterfield County Cir. Ct. September 25, 2015).

The former employee had entered into a number of confidentiality agreements during his employment in which he acknowledged that he would have access to confidential information including customer and pricing policies and that he would not utilize or exploit the information with any other individual or company. However, the court still found that at least for purposes of a temporary injunction, the company had not demonstrated that it was likely to succeed on the merits of its claims related to disclosure or misappropriation of confidential information. The reason? Because there was testimony that the customer base was “generally known throughout industry trade groups and publications” and the contact information was similarly available to the general public. Thus, the court found that even though the company could ultimately prevail on a claim of a violation of the confidentiality agreement, there wasn’t enough there to issue an immediate injunction.

As far as the covenant not to compete, the company claimed that it was reasonable and enforceable and the former employee claimed it was overly broad on its face. The court observed that the noncompete was subject to a number of different interpretations in terms of the jobs that the former employee could hold with a competitor and the geographic scope. The court did not express any opinion as to the enforceability of it, but found that the company had not sufficiently shown enough to warrant a temporary injunction.

This ruling doesn’t change the fact that it is important to have confidentiality agreements—and to be mindful that these agreements specifically delineate the type of information you want kept confidential, including, if appropriate, customer and pricing information. But in terms of your ability to immediately shut down a former employee’s efforts to use this information, you may need to be very convincing that this information is unique and not publicly available.