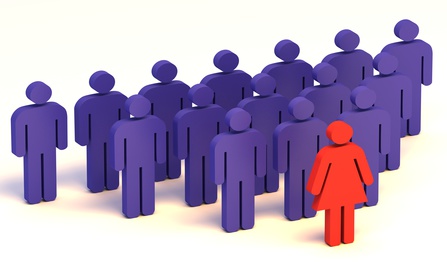 An employee informs you that she is going through a gender transition and then a few months later you catch her sleeping on the clock. After you terminate her (just like you have terminated others who engaged in similar conduct), she claims that you discriminated against her based upon her sex in violation of Title VII when you terminated her based on her transgender status. Are you protected from this type of claim based on the clear policy violation supporting the termination?

Maybe not. If the employee can provide sufficient evidence to show that gender bias was even a motivating factor in your decision to fire her, she may still prevail in a Title VII “mixed motive” claim against you. See Chavez v. Credit Nation Auto Sales, LLC, No. 14-14596 (11th Cir. January 14, 2016). In this recent decision, the Eleventh Circuit reversed the lower court’s award of summary judgment to the employer where Jennifer Chavez, a transgender mechanic employed by Credit Nation Auto Sales, brought a claim of discrimination under these circumstances.

Chavez began working for Credit Nation in June of 2008 as an auto mechanic. In October of 2009, she informed her employer that she was undergoing a gender transition. Before this announcement, Chavez had not been disciplined for anything as an employee of Credit Nation. In January of 2010, Chavez was found sleeping on the job in a customer’s car. Credit Nation terminated her. Chavez claimed it was based on her transgender status.

Chavez pointed to a number of incidents in support of this claim. Although initially the owner of Credit Nation was supportive of the transition, his attitude apparently changed. A month after she announced her plans to undergo the transition, the owner met with Chavez and acted nervous about the transition and any possible ramifications, telling her that he did not want any problems created for her or any other employees because of it and also saying that he thought that she was going to negatively impact his business. When Chavez asked the owner if it was okay for her to educate co-workers about her transsexualism, he said she could, but only if asked and that she should not bring it up. Chavez also claimed that the owner told her not to wear a dress back and forth to work (as a mechanic, she changed into a uniform before starting her shift). The vice president of Credit Nation told her to “tone it down” about her transition and also told her that the owner did not like the implications of the transition. After Chavez’s termination, the shop foreman told her that he knew for a fact that she was “run out of” her job. Chavez also pointed to the fact that she was told by the owner that she was the best mechanic in the shop, and yet terminated despite having no prior disciplinary actions taken against her and without the application of the progressive disciplinary process described in Credit Nation’s handbook.

The court didn’t find that this evidence was enough to show that the employer’s stated reason for termination was mere pretext (or a cover up for the real reason). However, the court found that there was enough evidence to go to trial on whether the employer’s bias against transgender individuals was a motivating factor. Basically, the court found that even if other factors (in this case, her sleeping on the job) motivated her termination, she still had asserted sufficient evidence to make a case that the decision to terminate her was also motivated by a discriminatory animus. When it comes to certain types of discrimination (race, color, religion, sex, or national origin), a plaintiff can pursue this type of “mixed motive” type of claim.   Here, the court found, Chavez had presented enough evidence to go to trial on whether there was discriminatory animus and that it was at least a “motivating factor” in her termination.

Even if an employee commits a clear policy violation, that does not mean you are out of the woods in terms of a potential discrimination claim. In certain cases, if an employer has engaged in conduct that demonstrates a discriminatory animus, an employee can still claim that this animus was one of the reasons for an adverse action taken against him or her. It is important to be aware of this risk—particularly when making disciplinary decisions based on recommendations from supervisors–and be sure to make a concerted effort to determine any additional reasons that could be supporting the recommendations.