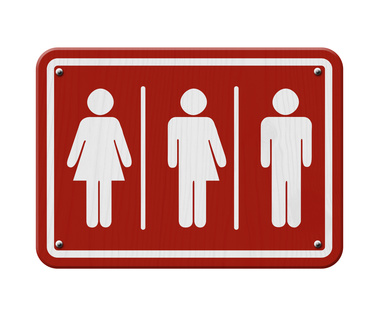 An employee informs you that he is transgender and is in the process of transitioning to a man.  Based on concerns about other employees’ reactions, you inform him that he can no longer use the female restrooms, but also cannot use the male restrooms. Instead, he must only use the single occupancy gender-neutral restrooms.  Is this Title VII discrimination?

A federal court in Nevada found that imposing such a requirement would constitute discrimination on the basis of sex in violation of Title VII.  Roberts v. Clark County School District, Case No. 2:15-cv-00388 (October 4, 016).  Bradley  Roberts, known at the time as Brandilyn Netz, was hired by the Clark County School District as a campus monitor in 1992.  While employed as a campus monitor, he graduated from the Northern Nevada Law Enforcement Academy and was hired by the school district as a police officer two years later.  Then, in 2011, Roberts began identifying himself as a man.  When his commanding officers received complaints about his use of the men’s bathroom at work, they scheduled a meeting with him.  Roberts confirmed that he was transgender and in the process of transitioning into a man.  He explained that he wanted to be known as Bradley Roberts and that he wished to use the men’s restroom.  The commanding officers told him he could not use the men’s restrooms and that he must use only gender-neutral restrooms.

There was further discussion between Roberts and his superiors, and ultimately, the school district’s general counsel said that Roberts was banned from the men’s restroom until he had a documented sex change. He was told that he was also banned from the women’s restroom and that he must use a gender-neutral or single occupancy restroom.  The school district also circulated a number of emails about Robert’s transition and basis for his name change.
Roberts ended up filing administrative charges with the Nevada Equal Rights Commission, both related to the bathroom ban and other acts of what he considered to be harassment and eventually filed a lawsuit in federal court, alleging discrimination and retaliation in violation of Title VII.

One of the school district’s arguments was that Title VII only prohibits sex discrimination and not gender discrimination. Therefore, because it did not treat Roberts differently than any other person of his biological sex, it did not discriminate against him under Title VII.  The court disagreed.

The court pointed out that the United States Supreme Court broadened the notion of discrimination “because of sex” under Title VII in Price Waterhouse v. Hopkins, 490 U.S. 228 (1989), in which the Court found that Title VII prohibits employers from making employment decisions based on gender stereotypes (in that case, it was argued that a female employee was penalized for not being feminine enough).   Based on that, along with some persuasive authority from the Ninth Circuit and the guidance of the EEOC, the court found that discrimination “because of sex” includes discrimination based on a person’s gender.

The law surrounding the treatment of transgender employees in the workplace is still evolving and courts still disagree about the application of the law in these situations.  But what is almost certain is that the workplace will be a prominent part of the national dialogue about transgender issues in the near future.  So when these issues arise, employers should consult with counsel early on to evaluate potential vulnerabilities arising out of any contemplated course of action.